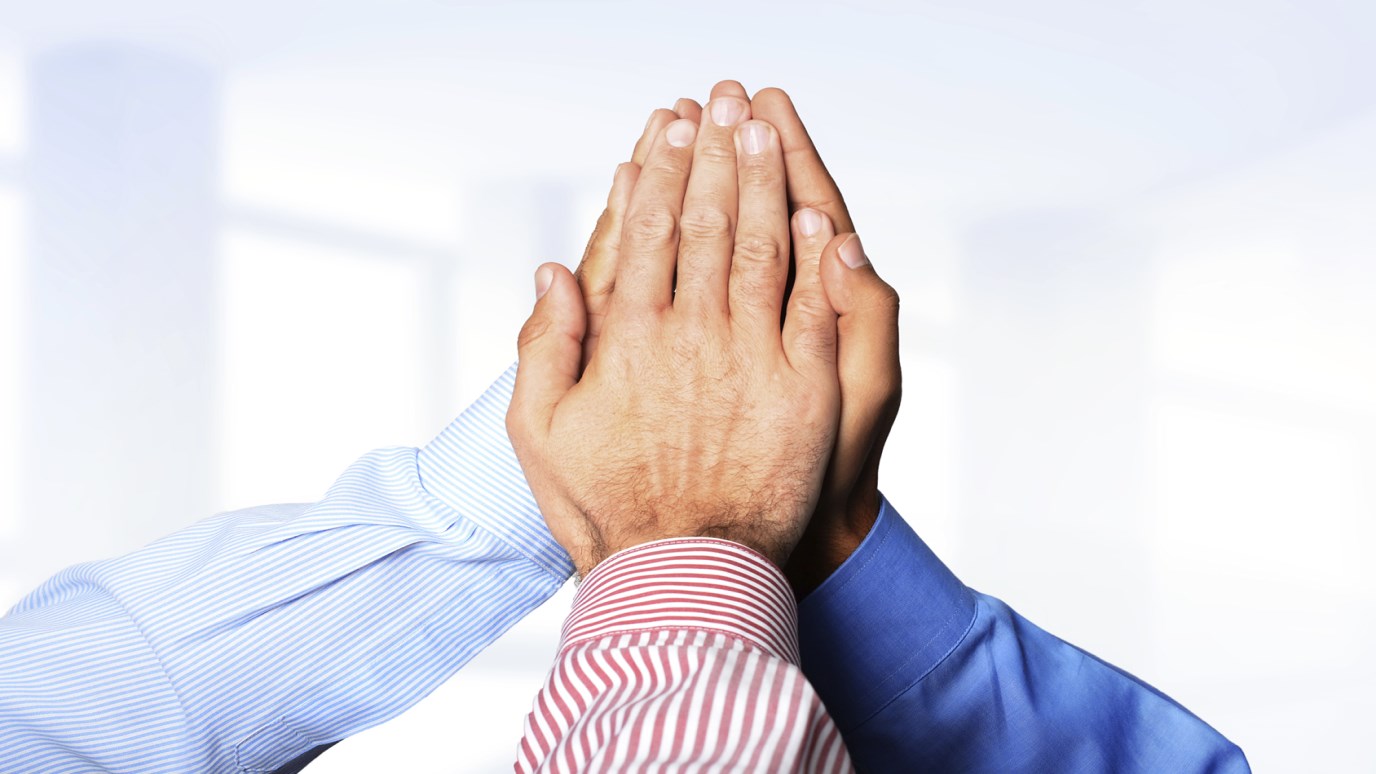 As Christian men, let’s work together for the sake of the King and the Kingdom, running the race set before us and striving for a strong finish—together!

Ben Baltz, 11, was diagnosed with bone cancer at the age of 6. Through his battle with the disease, part of his right leg had to be amputated. Being an avid athlete, Ben was able to have a special prosthesis made just for playing soccer, basketball, biking, swimming, and running.

Ben was taking part in a children’s triathlon in Florida when the screws in his prosthesis began to come loose, making it impossible for him to continue running. His mother was at the finish line, wondering about her son’s delay when the race announcer called out, “Turn around and look at what’s happening on the course!”

She looked to see six Marines jogging in a group toward the finish line. One of the Marines had Ben on his back. It was Private First Class Matt Morgan, 19, who had come with his buddies to volunteer at the triathlon.

“I’d seen [Ben] many times in the race. He was doing very well,” Morgan said. “We were motivating some of the contestants and as he approached the halfway point, his prosthetic failed and he fell.” Ben jumped up and was trying to fix his leg. Morgan asked him whether he needed help. “He said ‘no, he’d finish by himself,’ as he continued to try and fix his leg. But he knew that there was something wrong with it and that he was going to need a hand,” Morgan said.

Gunnery Sargeant Wilbur Anderson, who coordinated the event, said, “We saw Pfc. Morgan carrying him and that’s when all the Marines lined up. We got into columns of twos. I ran up to Ben and said, ‘Hey, you’re going to be taken home by the Marines today.’ And we made it to the finish line.”

“He was going to finish the race no matter what, but I told him to jump on and we finished the race together,” Morgan said.

Ben often meets with other kids who are scheduled to get amputations. He shares, “It helps to see that other kids survive and make it. They realize they can have a life after cancer and amputation.” Ben knew how to receive help because he knows well how to give it.

Two people are better than one. When two people work together, they get more work done. If one person falls, the other person can reach out to help. But those who are alone when they fall have no one to help them. . . . An enemy might be able to defeat one person, but two people can stand back-to-back to defend each other. And three people are even stronger. They are like a rope that has three parts wrapped together—it is very hard to break. —Ecclesiastes 4:9-10, 12

Ben and Matt’s story is a literal expression of these verses. And they doubled the 3 to make 6. If a rope with 3 parts intertwined is hard to break, how about 6 Marines in formation!?

Who’s the brother in your life that makes you better when he works with you? What man can you count on to pick you up when you fall? Who is the brother that you can always know will stand back-to-back with you, no matter what comes at you both? Do you have two brothers to make the three-strand rope?

If you read my writings very often, you see this theme a lot. Why? Because it’s one of the strongest weapons God gives to men to survive and thrive in Him. If you know the names of your brothers, hold on tight and be there for them. If you are, as Ecclesiastes states, “alone with no one to help,” start praying and reaching out. The best way to get a brother is to be one, and you will be amazed at the difference in your spiritual and emotional growth when you can stand back-to-back with another man who follows Jesus.

As Christian men, let’s work together for the sake of the King and the Kingdom, running the race set before us, striving for a strong finish—together!