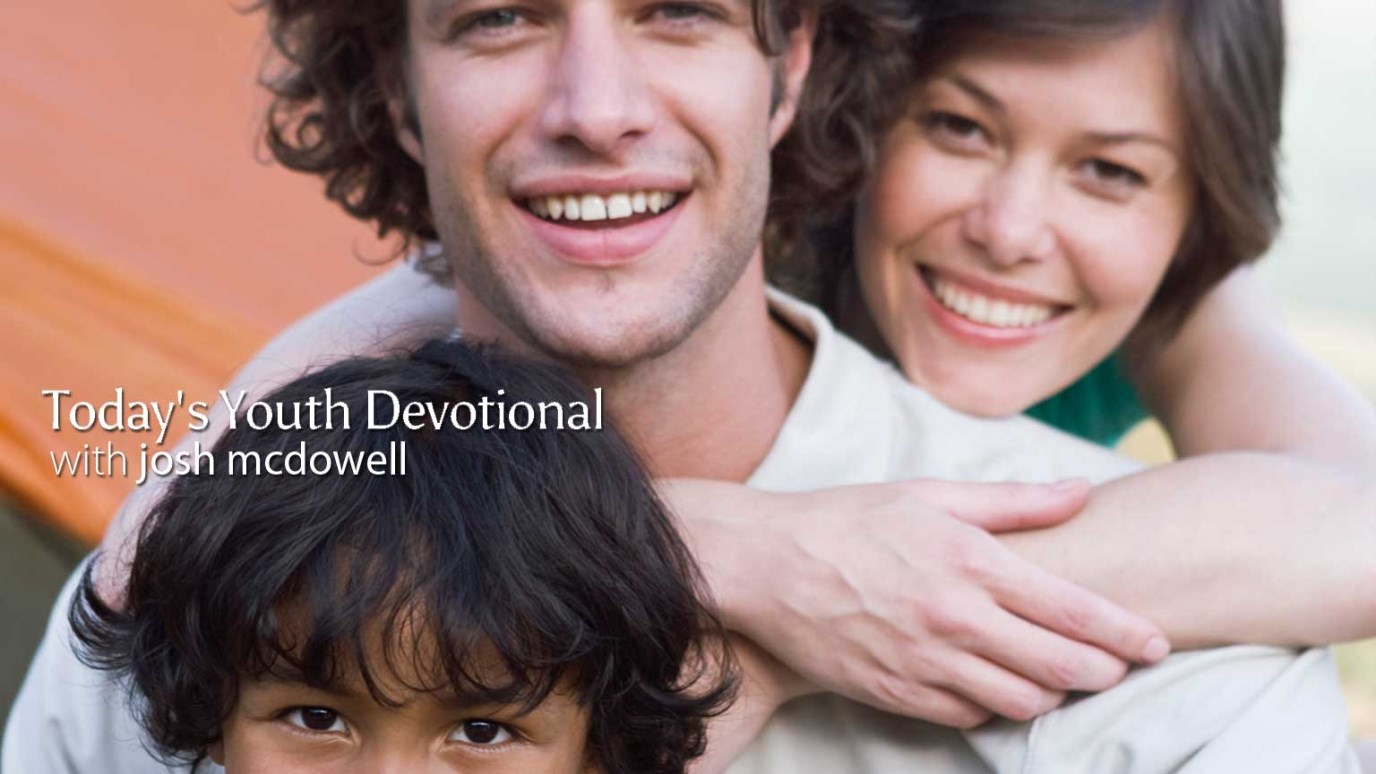 Josh McDowell shares a story of a couple in search of adopting their next child and relates it to how we are chosen by God.

God loves you dearly, and he has called you to be his very own people. (Romans 1:7)

The middle-aged husband and wife moved carefully between the rickety cribs and makeshift beds of the crowded Romanian orphanage. The room was dimly lit. The walls, floors, and furnishings were less than sparkling and sanitary. The stench of a dozen unchanged diapers clouded the air.

From each bed the couple passed, an infant or toddler gazed at them, eager for love and attention. Behind each small, angelic face was a gut-wrenching story of neglect, abandonment, and glaring need. Tears streamed down the couple’s cheeks. They already had five sons at home in America—four biological and one adopted.  They had come to Romania to adopt another child. If they could, they would take them all. But they could take only one. But which one?

Then they saw her—a girl only a few weeks old. She stood out from all the other children, as if God was pulling the couple to her. She was the one, they decided. After enduring days of bureaucratic red tape, the couple left Romania with their sixth child. Tiny Andrea was totally unaware of the miraculous change that had begun in her life.

Andrea today is eight years old. She lives in a loving, secure, Christian family with five older brothers and two younger sisters—her parents adopted two more orphaned girls! The care, affection, and protection of her new home have all but wiped away any memories of her tragic start in life.

You have something in common with Andrea—not that you were a literal or­phan, though maybe you were. In a spiritual sense, you came into the world without “parents.” The sin we inherited from Adam and Eve separated us from God. It was like being born in an orphanage.

Then God came along, not just to visit, not just to drop off gifts and leave, but to take us home to join his family. He loves you so much that He has invited you, orphaned by sin, ”to be his very own people.” And your change in status was even more remarkable than Andrea’s. The apostle Peter put it this way: “Once you were not a people; now you are the people of God” (1 Peter 2:10). When you trusted Christ as your Savior, you went from having no family to being a member of God’s family through faith in Christ!

Can you imagine how Andrea will feel when she grows to understand what her adoptive parents have done for her? Do you have some of those same feelings when you realize God has adopted you into his family?

REFLECT: Where would you be if God hadn't adopted you into his family?

PRAY: I’m grateful, God, that I can be your child.

What Are You Doing About What You Know?
Pastor Rick Warren