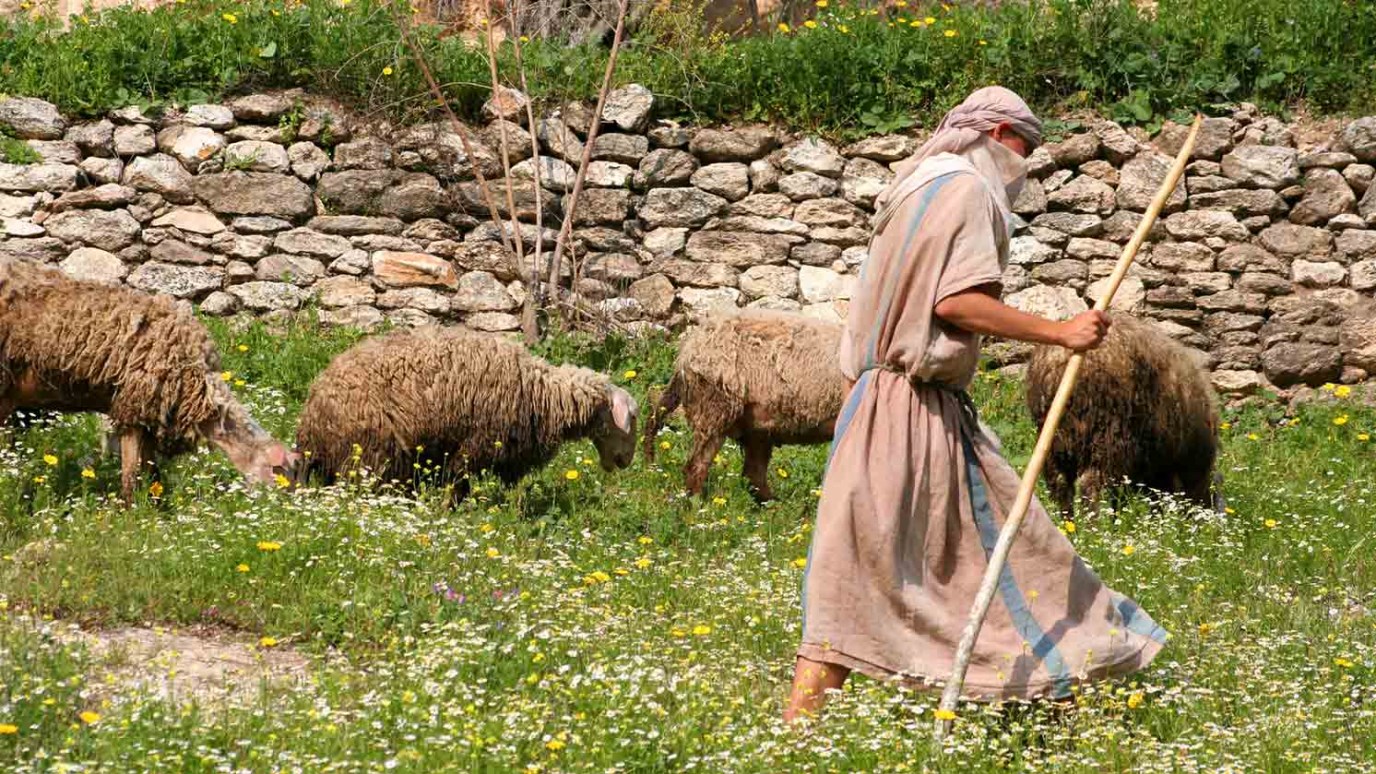 Jesus Christ, the good Shepherd, has earned your trust because of who He is and what He has done.

In 2009, an autistic boy in Bangkok was on his first day at a special needs school. He started crying for some reason and crawled out a window. Trouble was, the class was on the third floor, so he ended up sitting outside on a ledge. As the firemen tried to get the boy to come back inside, one of them overheard the boy's mother saying he liked comic book superheroes. So the fireman got a brilliant idea. He dashed back to the station and donned a Spider-Man costume that he wore at schools to liven up fire drills. Then, when he beckoned, the little boy eagerly went to "Spider-Man."

The little autistic boy wouldn't listen to those strange firemen, but he knew who he could trust! Now think of yourself as that little boy, out on a ledge, in danger. There are people calling to you, but you don't know them. Then suddenly you see a familiar face and hear a familiar voice, and you know you'll be saved.

John chapter 10, Jesus gives the analogy of the "good shepherd." He describes the special relationship between Himself and his followers, pictured as sheep. "And the sheep follow him, for they know his voice. Yet they will by no means follow a stranger, but will flee from him, for they do not know the voice of strangers" (v. 4-5).

Sheep come to know their shepherd intimately, down to his manner and the sound of his voice. They trust him because of what he does for them; he has earned their trust. Jesus Christ, the good Shepherd, has earned your trust because of who He is and what He has done: "The good shepherd gives His life for the sheep" (v. 11). Jesus did far more than pull us off a ledge or out of a pit. He took our blame, and accepted the punishment of a righteous God, all so that we wouldn't have to pay for our sins with our own lives.

We should recall the words in verse 3, "He calls his own sheep by name and leads them out." When you hear Him call your name, follow Him. He will never steer you wrong.

In the words of the old hymn, "Savior, like a shepherd lead us, much we need Thy tender care!"

Our Playbook for Change: Strategy For Success
Jonathan Falwell

How Can the Church Teach 'Way, Truth, and Life' Together?
Summit Ministries
Follow Us
Grow Daily with Unlimited Content
Uninterrupted Ad-Free Experience
Watch a Christian or Family Movie Every Month for Free
Early and Exclusive Access to Christian Resources
Feel the Heart of Worship with Weekly Worship Radio
Become a Member
No Thanks