A Faithful Friend - A Family Devotional 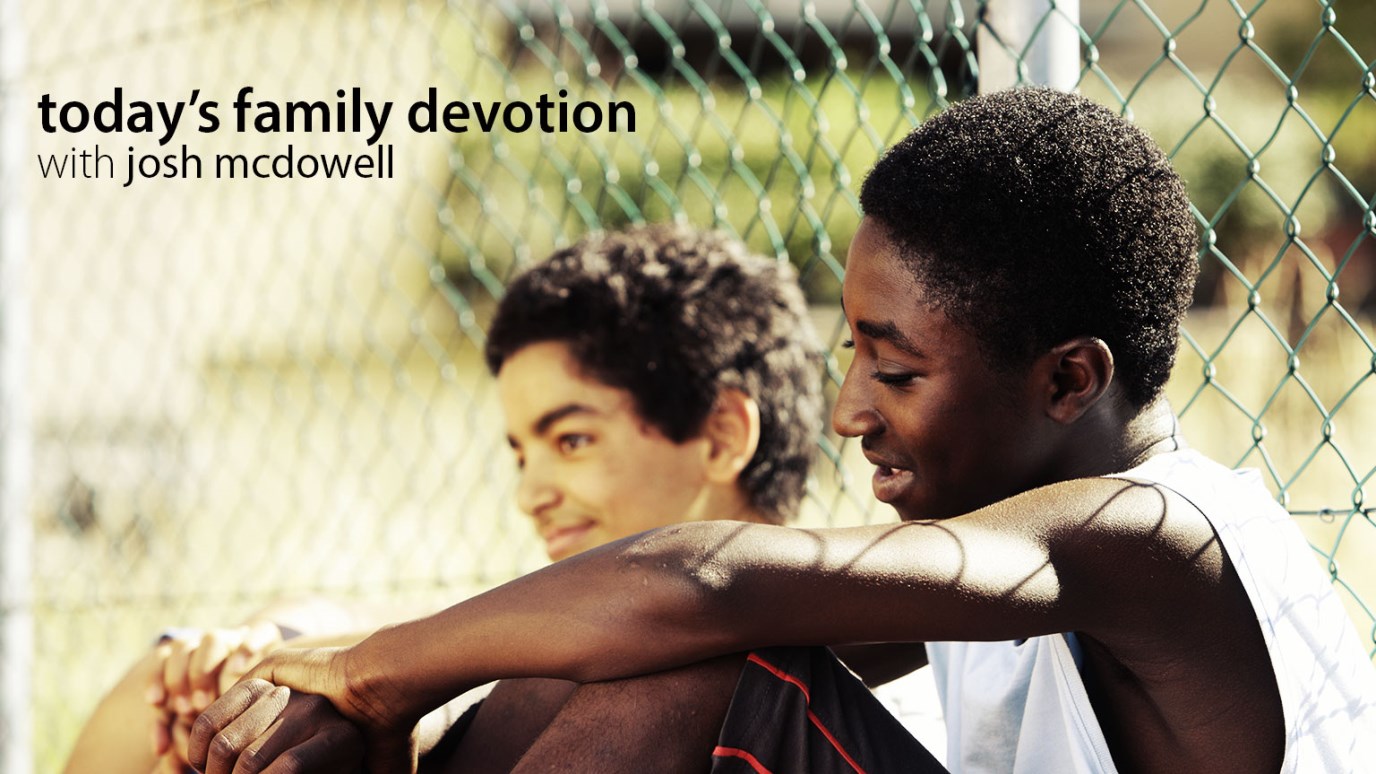 God commands us to be faithful because He values faithfulness.

GOD COMMANDS US TO BE FAITHFUL BECAUSE HE VALUES FAITHFULNESS.

Verse of the Day: “Many will say they are loyal friends, but who can find one who is really faithful?” (Proverbs 20:6).

“Man, he makes me so mad!” Corey glared at his former friend, who walked away from the restaurant counter where he worked.

“What’s up with you?” Ken asked. Ken was a year older than Corey, but they’d become good friends since Corey had started working at Mama Mia’s Pizza.

Corey nodded in the direction of his former friend. “It’s him. He and I used to be friends.”

“Yeah,” Corey answered sulkily. He thought for a moment. “It’s like, he’s your friend when you’ve got something he wants, but if you ever really need him, he’s got something better to do.”

Ken nodded. “I think I know what you mean.”

“I mean, we used to do all kinds of things together, but once, when Mr. Jacobs, the history teacher, told us after a big test that our answers had been almost identical, he said, ‘Well, Mr. Jacobs, I thought Corey was looking at my paper an awful lot, but I couldn’t very well turn him in, could I? After all, he’s my friend!’”

“You copied off his test paper?” Ken asked.

“No!” Corey answered angrily. “He copied off of mine!”

“So he betrayed you,” Ken said.

Corey blew a short burst of air out of his mouth. “You got that right!”

“And you think faithfulness, or loyalty, or whatever you call it, is pretty important.”

Ken nodded. “Sure,” he said. “But it doesn’t really matter so much what I think. What matters is what God thinks. He commands us to be faithful, because he values faithfulness. That’s why most of us know that faithfulness is a good thing, an important thing—because it’s a godly value.”

Corey shook his head and smiled. “You sure do talk a lot about God.” Ken smiled. “Does it bother you?” “No,” Corey said. He smiled back. “I kind of like it.”

TO DISCUSS: What does loyalty mean to you? To whom are you loyal? From whom do you expect loyalty? How do you feel when someone you trust isn’t loyal to you?

TO PRAY: Take turns praying something like, “God, please help me to value faithfulness. Teach me to be faithful to all my friends.”