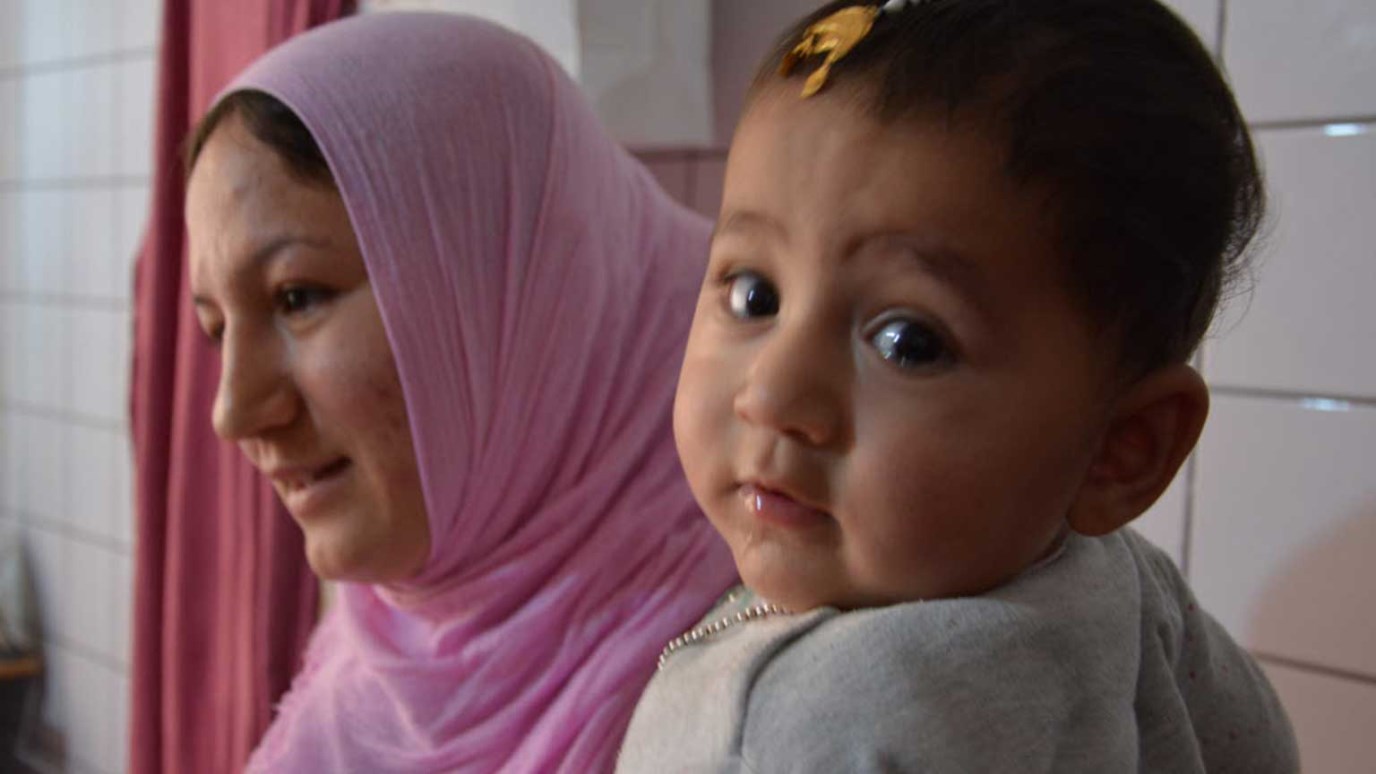 Displaced by fighting, Besee, 22, and baby Nusra, one and half-years old, attend a mobile health clinic in Iraq.

Besee and Nusra share a room with five other people in an old hospital building in Kurdish northern Iraq. It is home to 125 families of the Yazidi religious minority group who fled their homes in Sinjar when they were attacked by armed groups.

For food and other necessities to survive the winter, they depend on aid from nongovernmental agencies, including World Vision.

As part of World Vision’s campaign to address the health concerns of the internally-displaced people in Iraq, eight doctors have been hired by World Vision to provide medical care. For people who’ve lived for months in overcrowded shelters, health problems are often among the greatest concern. And displaced people may have a hard time reaching public health facilities due to the high costs of taxis and lack of public transportation.

The team of doctors regularly see 200 people a day, treating bronchitis, tonsillitis, gastroenteritis as well as colds and coughs. Serious or untreatable cases are referred to local hospitals.

Many of the doctors have been displaced themselves. Dr. Omar Mussaid, 27, said there was no choice but to leave his job and hometown for a safer place. He recalled how a bomb fell on the hospital where he worked in Salahaddin, killing at least one colleague and injuring many others.

The mobile health program which aims to reach at least 50,000 people over the next six months is supported by the World Health Organization and the Dutch Government