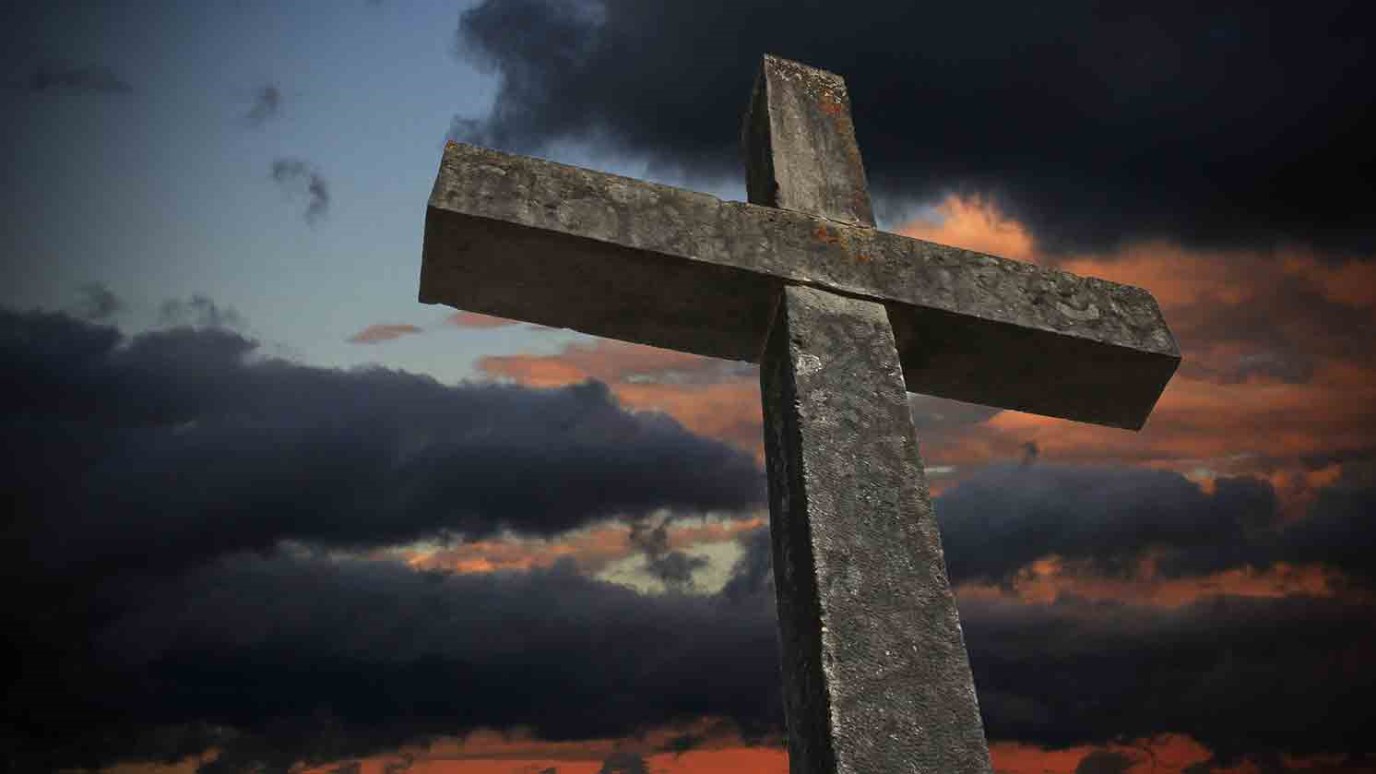 The Lord Jesus Christ had to be lifted up and die in order to draw all men unto Him.

If you had walked down the street in Jerusalem and had seen Jesus and that tatterdemalion group of ex-fishermen, you would have said, "They certainly come from the wrong side of the Sea of Galilee," and you wouldn't have been attracted to them at all. And the Lord Jesus Christ had to be lifted up and die, in order to draw all men unto Him. But we are not drawn to a physical image, for as Christ said, "God is spirit, and those who worship him must worship in spirit and truth"' (John 4:24). The Lord of Glory doffed His coronation robes and descended to earth to live in the guise of an ordinary man among ordinary men; but now in John 17:5 He is saying, "Father, give Me back all that I had before."

I remember seeing two pictures of George VI of England. One showed him in coronation robes, looking every inch a king, with ermine, and scarlet, crowns, diamonds, scepter and mitre. The other picture showed George VI during World War II at a time when a bomb had fallen in East London, and he visited the spot. Little Union jacks were mounted on the rubble, and the king and a half dozen other men, wearing derby hats and overcoats, stood among the people sorrowfully viewing the destruction. In order to distinguish George VI from the others, the photographer had superimposed an arrow pointing to "the king." As I looked at that picture of the king in ordinary dress, standing among the ruins with his people and weeping with them, I said, "He is just as much king there as when in his coronation robes.

So, seeing Jesus Christ steadfastly setting His face to go to Jerusalem, I say, "This is the King, the Lord of Glory who so loved me that He was willing to be the Word made flesh."

I think the best illustration of this that I know is to be found in Revelation 1. I have used this illustration many times because it is one that adapts itself in several ways. Some truths will bear reiteration. I am not afraid to teach certain truths again and again and again, because God says that it is line upon line, precept upon precept, here a little, and there a little. In Revelation 1 we have a little picture of what happened when God took Jesus Christ back into heaven. The story is told to us in the form of a vision which John had of Jesus Christ. It's a strange vision; in fact, if you try to think of it as something to be seen with the eyes, it becomes as horrible as a Ripley "Believe It or Not" cartoon.

John says, in verse 12, "I turned to see the voice. . . :. That, already, you see, is something strange, "to see a voice." A physicist might do it if he had proper electronic instruments. But he said, "I turned to see the voice that spake with me. And being turned, I saw seven golden candlesticks; and in the midst of the seven candlesticks one like unto the Son of man, clothed with a garment down to the foot, and girt about the paps with a golden girdle. His head and his hairs were white like wool, as white as snow; and his eyes were as a flame of fire; and his feet like unto fine brass, as if they burned in a furnace; and his voice as the sound of many waters. And he had in his right hand seven stars: and out of his mouth went a sharp two-edged sword: and his countenance was as the sun shineth in his strength" (Revelation 1:12-16).

So far as I know, only one artist has ever been fool enough to try to put this on canvas. I saw the original of a painting in Kassel, Germany, done by an artist who lived two or three hundred years ago. It was ridiculous! Here was a man in a long garment; peeping out from the bottom were shoes made of fine brass; around his middle was a tight girdle; out of his mouth came a sharp sword that looked like a serpent's tongue; "His eyes as a flame of fire" looked like automobile headlights coming out of the tunnel in the darkness. The whole thing was absurd.

Someone says, "Doesn't it say it right there?" But you see this picture in Revelation is an index. If you take a good concordance and start to study the Word of God you will soon discover that every line in this vision is an index to a vision in the Old Testament. For instance, "His head and his hairs were white like wool, as white as snow." If you look up in a concordance "white wool," "white hair," "white as snow," it takes you back to Daniel 7. There Daniel had a vision and said, "I beheld ... the Ancient of days ... whose garment was white as snow, and the hair of his head like the pure wool" (Daniel 7:9).