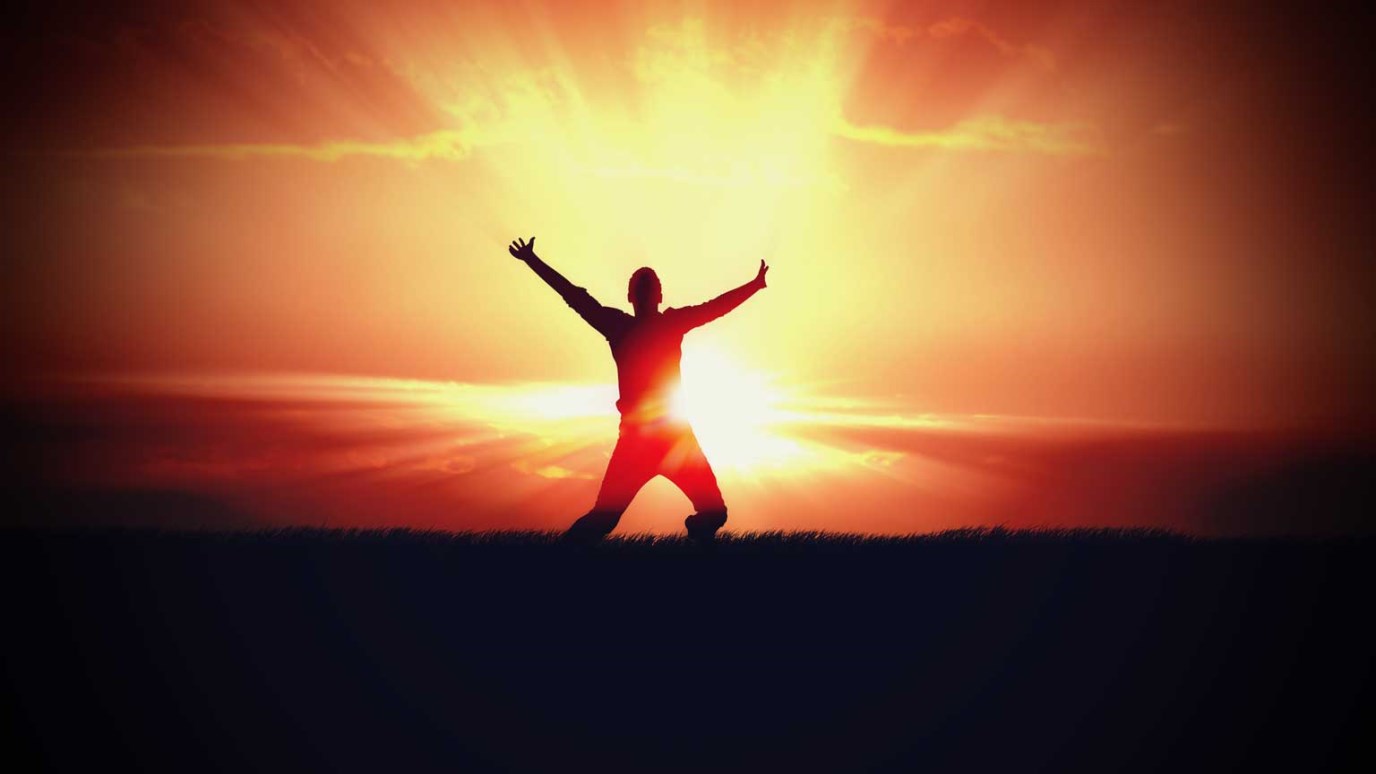 The Spirit of God will always direct us to Jesus, the Son. And that's just what He did for Simeon. Simeon took Jesus into his arms and praised God.

Author and Pastor Robert Russell tells this true story from a Christmas just a few years ago.  All of the houses in town had been decorated with lights. White lights, red and green lights, multicolored lights. It seemed that everyone had the Christmas spirit that year as the town just shined with a cheerful glow. But, as the season neared its end, the lights eventually began to come down. And by the middle of January, all the lights were gone, except those on one particular house.

The family was new in town. They seemed nice enough, but they’d kept to themselves, and so no one really knew much about them. One thing the townspeople did know about them was that they didn’t know when to take down their lights. Every evening, throughout February and into March, people would drive by that house and complain. Even if I were too lazy to take down my Christmas lights, I’d at least turn them off at night. And then one day something happened that silenced the lips of even the most cynical of neighbors.

As they woke up in the morning, the townspeople were surprised to find a sign posted in the front yard of the house.  It simply said: Welcome home, Jimmy.  This new family – that no one had bothered to get to know – had a son in Vietnam, and they had unashamedly left their Christmas lights on until he returned. In effect, their lights were a symbol of hope.  And that's exactly what we see in today's reading.

The Baby Jesus is now eight days old, and Mary and Joseph have just brought Him to Jerusalem to be dedicated to the Lord. This is where we meet Simeon.  Simeon was a righteous man, very devout and dedicated to God. We’re told he was also filled with God's Holy Spirit. He had eagerly expected the Messiah to come and remarkably was told by God's Spirit that he would not die until he had seen, with his own eyes, the Messiah’s arrival. Let's pick up our story in verse 27.

That day the Spirit led him to the Temple. So when Mary and Joseph came to present the Baby Jesus to the Lord as the law required, Simeon was there. Luke 2:27, 28a

The Spirit of God will always direct us to Jesus, the Son. And that's just what He did for Simeon. And Simeon knew it. Upon seeing the Baby Jesus, the Light of the World, Simeon took Him into his arms and praised God saying,

Lord, now I can die in peace!  As you promised me, I have seen the Savior you have given to all people.  He is a light to reveal God to the nations, and He is the glory of your people Israel! Luke 2:29-32

Jesus is a God-revealing Light to people shrouded in darkness.  And if light is a symbol of hope, how much more is divine light a symbol of never-ending hope?  Hope for not only today or next year, but hope for eternity. That's what Jesus brought as a tiny Baby to an elderly man named Simeon.

And that's exactly what He provided for the rest of us… when He went to the Cross.

Stick to Your Calling
Kenneth Copeland