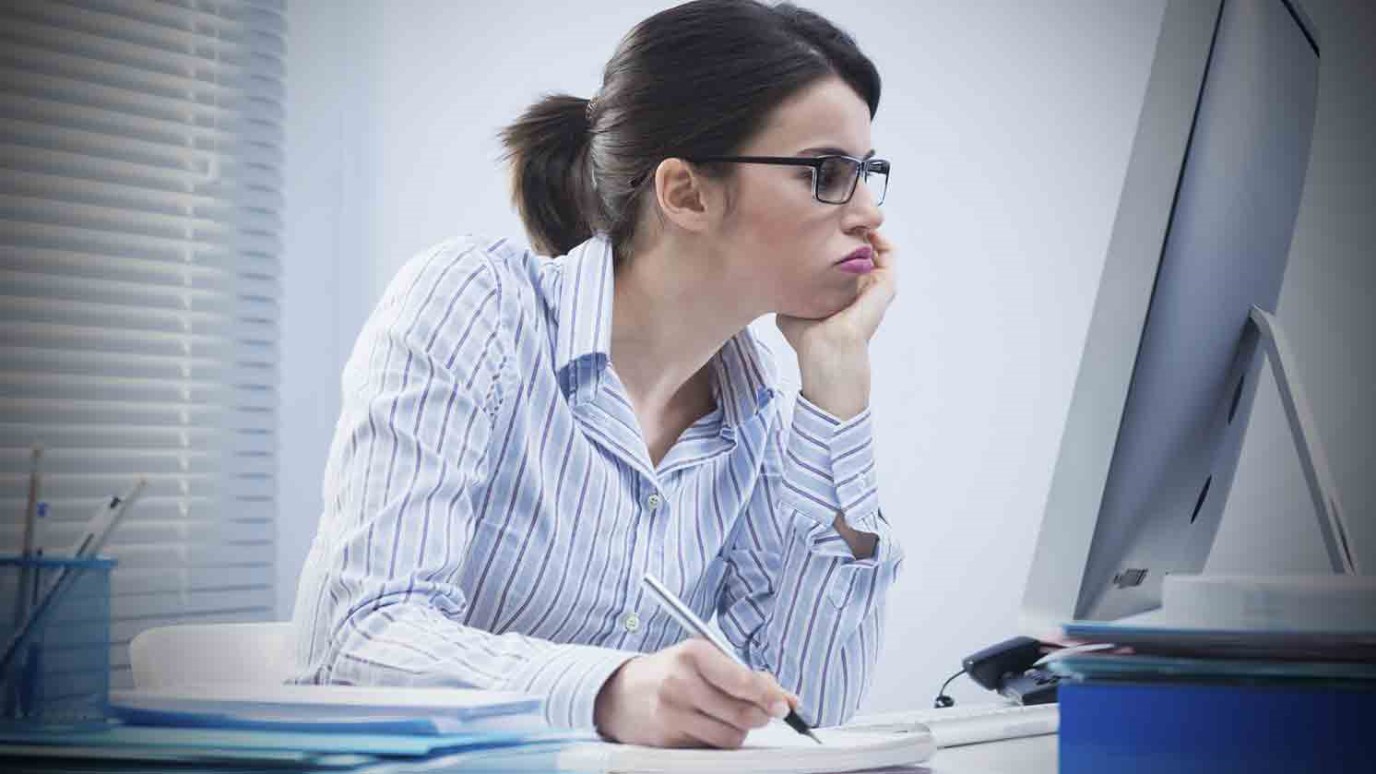 Unfortunately, God’s will isn’t always wrinkle-free, pain-free or struggle-free. It’s often quite the opposite.

I don’t believe God makes mistakes. Even though the job you’re in might feel like a dead end, you’re in that job for a reason. Maybe it’s requiring you to grow parts of yourself you would rather just leave alone. Or maybe you’re being forced into situations where you are having to trust God because you’re pressed way beyond your area of comfort or confidence. What if God is using your job to teach you some things about yourself or about Him? Like any good father, God wants you to grow and develop. He wants you to be challenged in your work, but He’d rather see you “Holy” than “Happy.” Sometimes, He leaves us in “dead-end jobs” for periods of time that are much longer than we’d like.

Consider Jesus’ disciples. The brightest young students in Jesus’ day were invited by rabbis to “follow me” (i.e. to become their disciples). Once selected, they would continue in their studies of the Talmud on the career path to become one of the Jewish rabbinical clergy. About the time of puberty, these young men would be chosen to study under a single rabbi. If a young man wasn’t chosen by the age of 13 or 14, then he would follow his father or uncle into the family trade, becoming an apprentice and ultimately making his living doing what his dad or uncle did. We can assume, based on their professions (fishermen, tax collector, etc.) that Jesus’ disciples were rejected as career religious leaders. They hadn’t been called by a rabbi, yet they had to make a living somehow. So out of necessity, they took dead-end jobs, following in the career footsteps of their fathers. But then along came Jesus . . . and everything changed. As founders of the church, these guys ended up doing some of the most important jobs in all of history.

With most things, we see God’s hand in our lives retrospectively. We’d like to know in advance that things are going to work out but, unfortunately, God’s will isn’t always wrinkle-free, pain-free or struggle-free. It’s often quite the opposite. It’s after things happen, decisions are made, and events occur that we can look back and see the hand of God in them. When I look back on my career, I can clearly see God’s hand. I can see how He was maturing me as I sat in dead-end jobs for five years. I wasn’t conscious of it then but He was clearly there . . . sustaining me, nudging me on when the results were poor and I wanted to give up . . . and reminding me that it was Him who would bring that next job.

So, if you’re in a dead-end job, talk to the One who put you there. Ask Him to show you what He wants you to learn . . . about Him . . . about yourself . . . about the people you work with. After all, it might not be all about you! You may be there just to impact someone you work with . . . to be the person who points them to Jesus at the perfect time.

It Is Time for You to Be Great
Lee Jenkins

The Wonder of Our Multifaceted God
Dennis Mock
Have you ever asked, "Why, God?"
Emily Manke
What I Wish I Would've Known Yesterday
Emily Manke
Follow Us
Grow Daily with Unlimited Content
Uninterrupted Ad-Free Experience
Watch a Christian or Family Movie Every Month for Free
Early and Exclusive Access to Christian Resources
Feel the Heart of Worship with Weekly Worship Radio
Become a Member
No Thanks