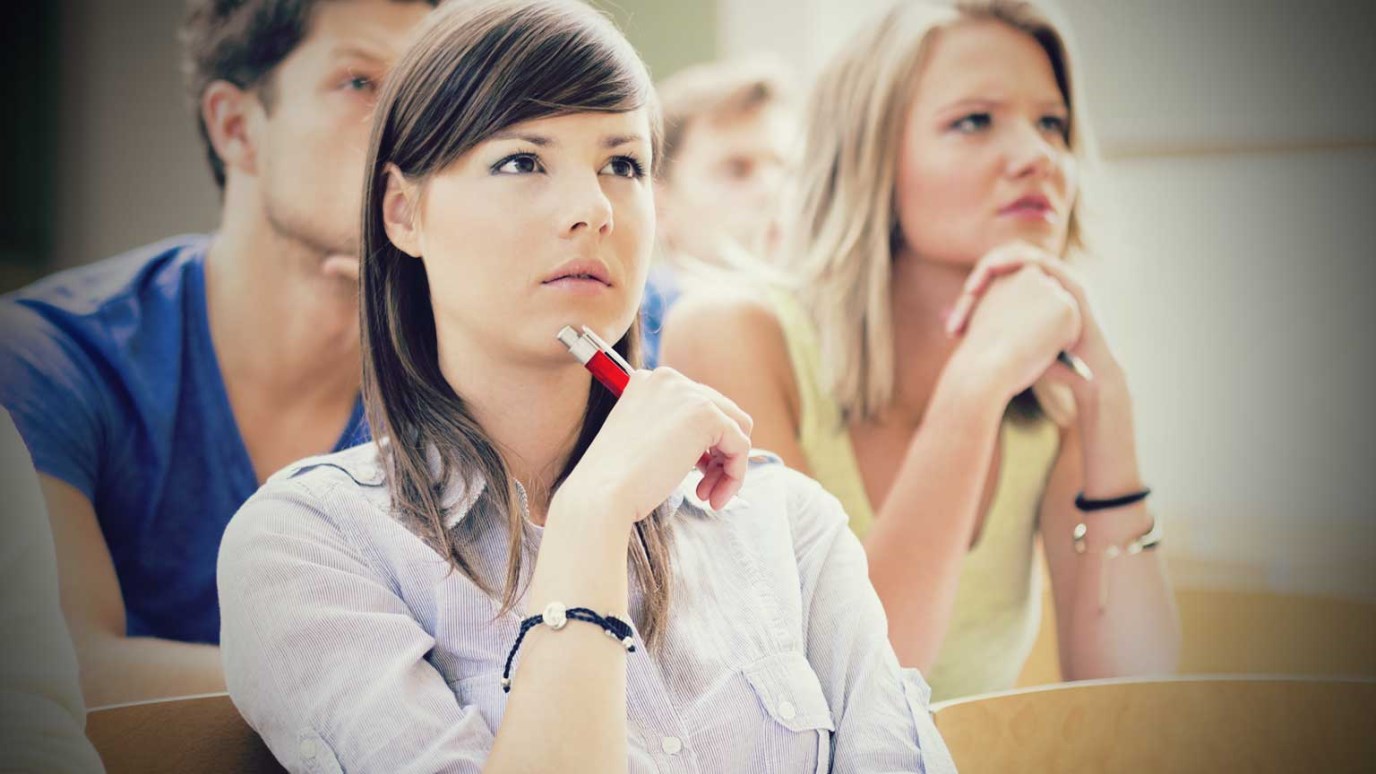 If we want to engage students in something relevant and equip them to meet the needs of our 21st century world, then we may want to re-think the way we approach the classroom.

Here’s a question both high school and college students are wondering about. For that matter, so are their parents, who might end up paying for their student’s higher education degree. For educators, you likely think about this problem often. Put simply, the question goes something like this:

Does our current system of courses and majors meet the needs of today’s student?

It seems to me that colleges that continue to promote a growing list of “majors” are operating in an antiquated framework. According to Jeff Selingo, author of College (Un)Bound, “For most college students, the idea of a major is outdated in a 21st Century economy in a constant state of flux. College majors are for the most part an organizing function for the faculty of an institution who want to have departments for their academic disciplines.”

As I meet with university students, it feels as though most of them are in a state of flux, too. About half of freshmen students have either changed their major or plan to do so the following year. Almost all of the other half drop out. Many of those first year students simply fall through the cracks. There has to be a better way to engage them in the learning process.

A proposal is on the table at a new university in Canada that plans to do away with majors. Yep, you read that right. In their place, students will be able to “distinguish themselves via practical and demonstrable skills in four areas of focus: technology, entrepreneurship/management, health professions, and creative industries.”

They, of course, believe that colleges must be organized with structured curriculum and classes in order to take licensing exams or apply to graduate schools. Most majors, however, don’t have specific requirements. A lot can be accomplished at the undergraduate level that would be perfectly relevant to our 21st century needs AND would engage today’s student.

Moving from “Choose Your Major” to “Solve a Problem”

I like the question I’m hearing from some educational pioneers. Instead of asking college students the typical question:

What do you plan to major in?

What problems do you want to solve?

Every student I know (with few exceptions) would be totally intrigued by a school that provided discussions and curriculum that enabled them to solve a problem, such as finding a cure for the HIV virus, getting enough clean water to the millions who don’t have any, ending sex-trafficking, or curing cancer. Wow. Talk about getting their creative juices flowing!

May I speak forthrightly? Most high school seniors have no idea what they want to “be” when they grow up. But it’s easy to get them (and their college counterparts) to talk passionately about what they want to fix in the world. They know our world is broken, and solving a strategic problem engages them at the heart level. Can you imagine a whole new set of courses that don’t fit neatly into a “major” category?

Furthermore, imagine what it would be like if students talked about solving problems instead of completing majors:

Jeff Selingo reminds us: “Stanford University recently called such a pathway, ‘purpose learning.’ As part of a yearlong design exercise to rethink undergraduate education, students suggested doing away with the major and replacing it with a ‘mission.’ The goal of the exercise was to ‘help students select a meaningful course of study while in school, and then scaffold a clear arc for the decade of their careers.’”

To take it a step further, my experience tells me a major is simply a box to check on an application anyway. Students know they must declare one, so they conform. This system continues to get perpetuated, with colleges creating all kinds of “majors” to entice students who question whether they fit into a liberal arts college. According to Jeff, “Since 2000, there has been a 20% increase in the number of majors at American colleges and universities, according to an analysis of the U.S. Education Department data. […] The 1990s saw similar growth in the number of majors. Indeed, nearly 4 in 10 majors on today’s government list didn’t exist in 1990.”

The bottom line is this: If the point is to engage students in something relevant and equip them to meet the needs of our 21st century world, then it seems we may want to re-think the way we approach the classroom. I say we connect students to tangible problems and let the studies follow.

The Art of Being Present with Your Students
Dr. Tim Elmore
Follow Us
Grow Daily with Unlimited Content
Uninterrupted Ad-Free Experience
Watch a Christian or Family Movie Every Month for Free
Early and Exclusive Access to Christian Resources
Feel the Heart of Worship with Weekly Worship Radio
Become a Member
No Thanks