A Cross-Generational Conversation on Work Ethic 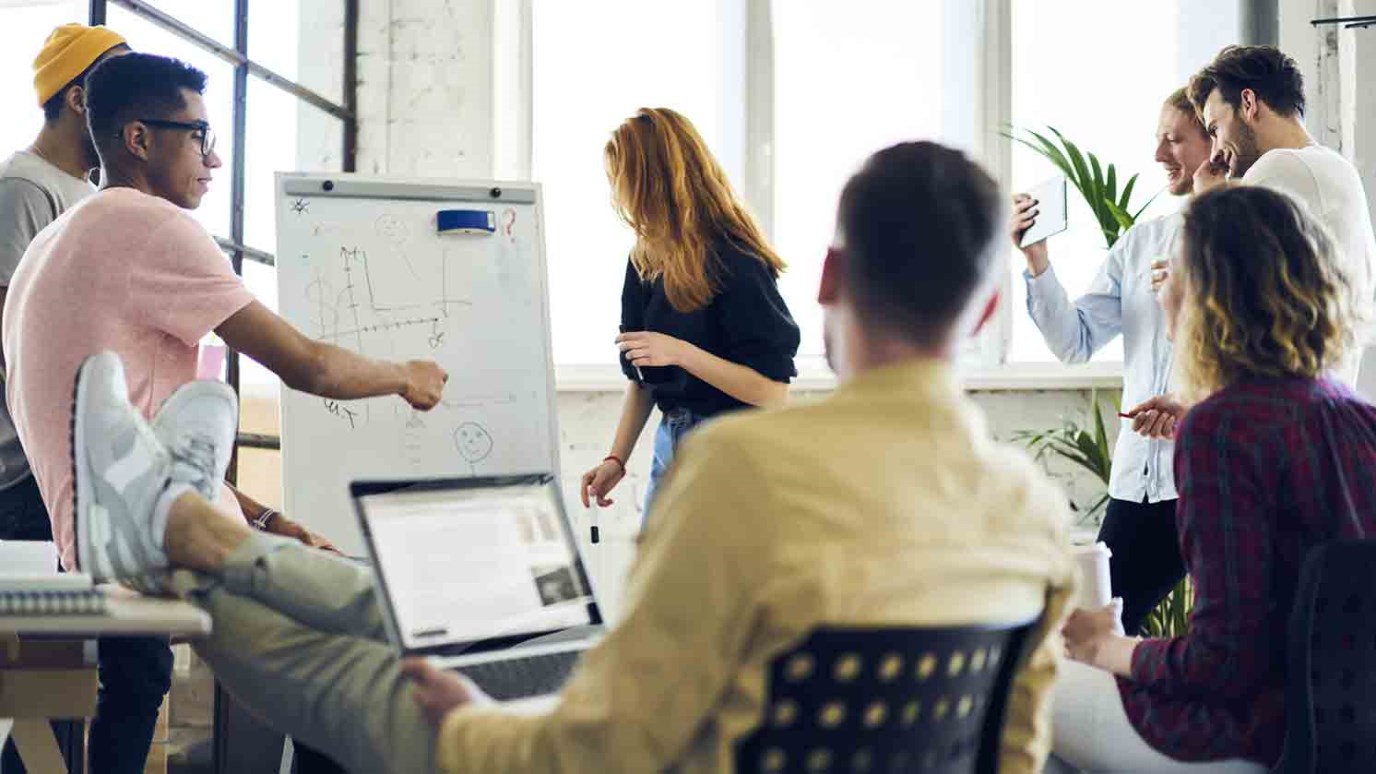 Dr. Tim Elmore, a Baby Boomer, and Andrew McPeak, a Millenial, explore the issue of work ethic and try to bridge their generation gap in the process.

One of the reasons many leaders, teachers, employers, and coaches follow us is because of the “communication gap” that is often found between generations. Groups of people, only a couple decades apart, can tend to see the world in drastically different ways. To that end, we wanted to utilize this difference of perspective for all of our benefit. We chose to take one Baby Boomer, Dr. Tim Elmore, and one Millennial, Andrew McPeak, and allow them to explore an issue together. We hope you enjoy this first of many future conversations between generations. Our subject today: Work Ethic.

Andrew: Tim, I feel a bit unqualified to talk about work ethic with you. I am about 5 years into my career, while you have, let’s call it, a “few years” under your belt. I hope that you’ll take my opinions with a grain of salt!

Tim: Andrew—I actually think you model a healthy work-ethic more than most Millennials. I am still learning, but I look forward to our interaction about this important topic.

Andrew: Thanks, Tim. Well I wanted to start off by sharing the absolute first thought that comes to my mind when I think about work ethic. In my second job, working at a small non-profit in Atlanta, I had a co-worker who used to say that the best hires were the people who knew how to, in his words, “get junk done.” I used to laugh when he said that, but I also took it to heart. I have a lot of friends and peers who, as a general rule, seem more interested in discussing realities, than acting on them. I think this is a mistake. While we should always make sure that our decisions have clear direction and our conversations are rooted in evidence, there comes a time when just talking does more harm than good. This idea forms the core of how I think about my own personal work ethic.

Tim: I believe my generation did a disservice to millions of young people by simply telling them to “find their passion” and “pursue their purpose.” While that’s not evil advice, it is limited. Many graduates assumed that every moment on the job should be gratifying; that each day should be filled with satisfying tasks. Even if we have a great job—one where 75% of our time is spent in the area of our strengths—we will have to perform some tasks that feel like “junk.” They’re duties. I developed my work ethic from my father, who grew up during the Great Depression and who worked hard and dutifully … just because it was the right thing to do. As a Millennial, does that feel too harsh? I’ve found most recent grads want work to have meaning. Where do you wish supervisors could strike a balance between doing fulfilling projects and menial projects?

Andrew: That’s a great question. I think “balance” really has become the right term for me. I, along with many Millennials, really want to do something that’s fulfilling. The confusion I hit after I left college was that I wasn’t really sure what “fulfilling” meant, and I wasn’t sure how I could get people to pay me for finding it. Looking back, I don’t know if it was bad that we were told we could follow our passions, because, thanks to a high degree of prosperity in this country, many of us could and do follow our passion. The problem was that the message of “follow your passion” inevitably led us to believe that, if we did, every aspect of our work would be enjoyable. I guess the problem wasn’t that we were lied to, but that we weren’t always given the entire picture. I, and many Millennials, struggle with work ethic because a part of us is walking around wondering, “When is this job going to start being fun all the time?” Coming from a Boomer perspective, does this sound totally naive, or do you think learning to have a good work ethic is something that takes time for all young adults? Along these same lines, how do you think relative prosperity affects the work ethic in youth today? Are the two connected?

Tim: You share some valid thoughts. And, some very good questions. I’ve come to believe that finding one’s passion isn’t bad, if we understand that working in an area of passion may still require some very hard work. Additionally, I wonder if only a small percentage of young adults actually know what their passions are in high school or college. I think most will discover a passion as a by-product of choosing a problem to solve. In my father’s era (during the Great Depression), he never sought his passions. He knew that jobs emerge for someone when they know how to solve a problem. And as he solved problems for his company, he found some big passions along the way. I wonder: should we stop asking students what they want to major in, and start asking them: “What problem do you want to solve?” Work ethic will emerge quickly . . . and passion will come in time.

I simply wish Millennials recognized that in prosperity or in lean times, a problem-solver is timeless. I wish young professionals could lay aside the notion adults have given them about only working in the area of their passion—and invest in the work they have in front of them. The more they put in, the more they’ll get out of it. It’s priming the pump. It’s investing for a return.

So, as a Millennial, what are some practices you wish Baby Boomers would practice as it relates to enabling a student or young professional to build a work ethic?

Andrew: Tim, that was some great advice. I think you’re right about high schoolers not being able to find their passion at such a young age, for sure. I would say, however, that part of the drive to find your passion early is forced upon young people by the need to declare a major before college (which I will admit, it often changes).There is also the concern that if they don’t find something they love soon, they might become caught up in something they really don’t enjoy. I have a lot of friends who watched their parents live miserably in their jobs for their entire childhood. As you might imagine, they have a deep fear of doing the same.

What I really wish that Baby Boomers and even Generation X would know is that the Millennial struggle with work ethic doesn’t come because we are fundamentally lazy. We struggle with work ethic because the need for work ethic is still new to most college graduates. Most of us haven’t had a need to develop skills like resourcefulness or relentlessness. What Millennials need more than anything from their older counterparts is patience. State your expectations clearly, and give us a chance to live up to them. I think my generation will surprise you.

Are You Working Because You Want To?
Cynthia Tobias

7 Suggestions When Interviewing for a Church Staff Position
Ron Edmondson

Why Did God Do This To Me?
Dan Miller