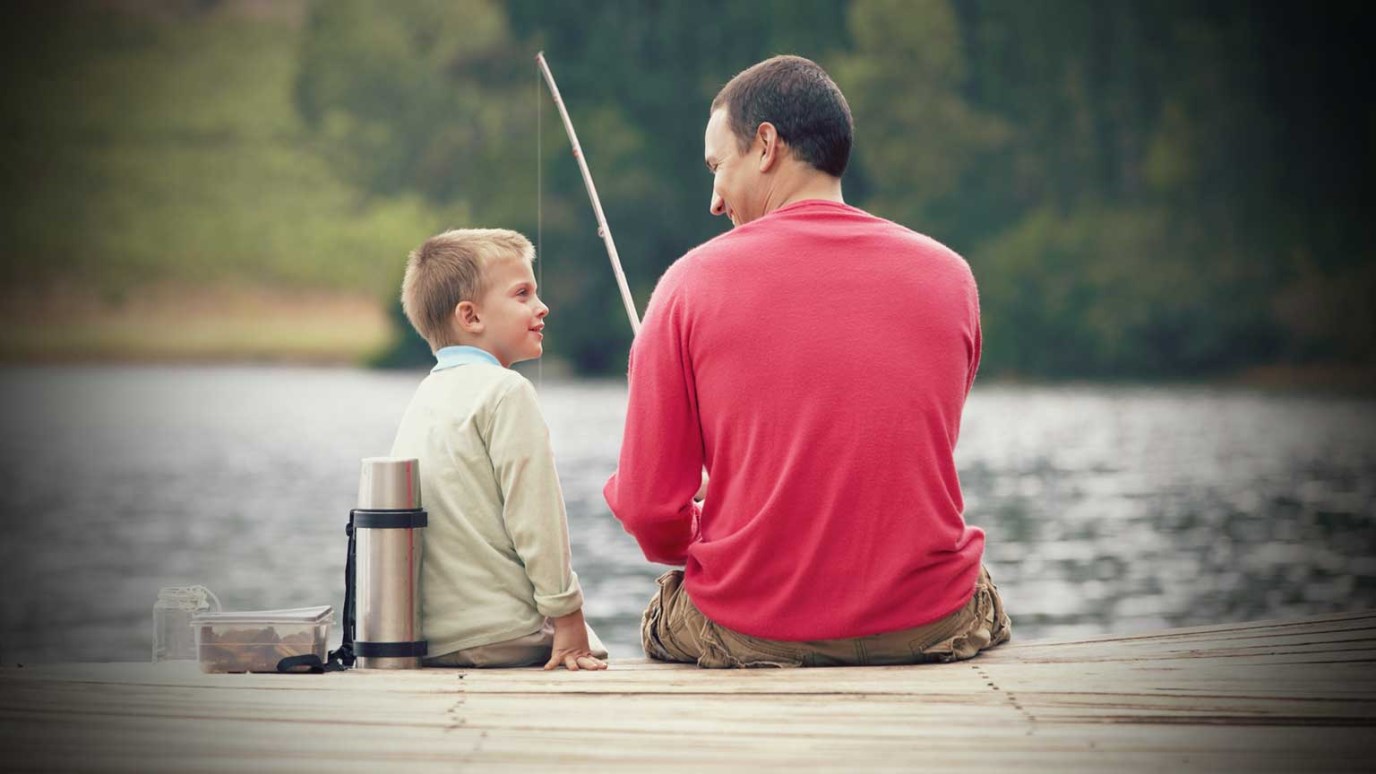 Our kids’ childhood years go by very quickly. Let’s do all we can to be there for them.

Have you heard of Mohamed El-Erian? He’s a multimillionaire. Until May 2013, he was chief executive of the PIMCO investment fund, one of the largest in the world. His annual earnings were estimated to be more than $100 million.

Why did Mr. El-Erian step down from such a prestigious and lucrative position? Because he is also a dad.

When he first left the fund, there were all kinds of speculations about why. Then, earlier this year, he wrote a short article telling about his “wake-up call.” The biggest factor in his decision was his daughter, who was 10 at the time.

It started as a routine interaction at home. He asked her to brush her teeth, and she didn’t do it. He asked her several more times. Again, nothing.

That little girl was up to something, and as Mohamed grew more frustrated and began to confront her about her disobedience, eventually it came out. She excused herself, went to her room, and came back with a piece of paper.

It was a list of twenty-two items—important events in her life, all of which her dad had missed: her first day at school; her first soccer game; a parent-teacher meeting; a Halloween parade.

Mohamed felt bad of course, and at first he got defensive. He had legitimate reasons for missing all of those! Travel, important meetings, urgent phone calls, emergencies he had to take care of.

Eventually, this dad realized that he was “missing an infinitely more important point.” His work and family commitments were way out of balance, and it was seriously hampering his relationship with his daughter. He wasn’t making nearly enough time for her.

So he made the career change, took on work with fewer hours and travel responsibilities, and now he’s regularly making her breakfast, driving her to and from school, and taking more time off to be with family. He writes, “She and I are doing a lot of wonderful talking and sharing.” Sounds like he’s off to a great start.

Honestly, I would like this story a lot more if Mr. El-Erian were not pulling in eight or nine figures a year when he decided to make a change. It’s clearly a lot easier for millionaires to make these kinds of changes—and he acknowledges that.

But dad, I hope you still hear the heart’s cry of that 10-year-old daughter. What would your child put on a list of important events that you’ve missed because you’re busy with other things? And maybe a more difficult question is, How important are those other things?

Maybe you can’t totally change your career so you can be with your family. But are there smaller changes you can make?

We hear it all the time, but it’s so true: our kids’ childhood years go by very quickly. Let’s do all we can to be there for them.

1. Plan a block of time this weekend—at least an hour—to do whatever your child wants: reading a book, an outing for ice cream or coffee, listening to his or her music, practicing a sport, etc.

2. Ask your child, “Have there been events I’ve missed that meant a lot to you?”

3 What’s the biggest barrier to you spending more time with your kids? Your work schedule? Your child’s mother? Your other interests and hobbies? Think creatively and come up with a win-win-win solution … or make a difficult change for the sake of your relationship with your kids.

What Your Spouse Isn’t Impressed With
MarriedPeople