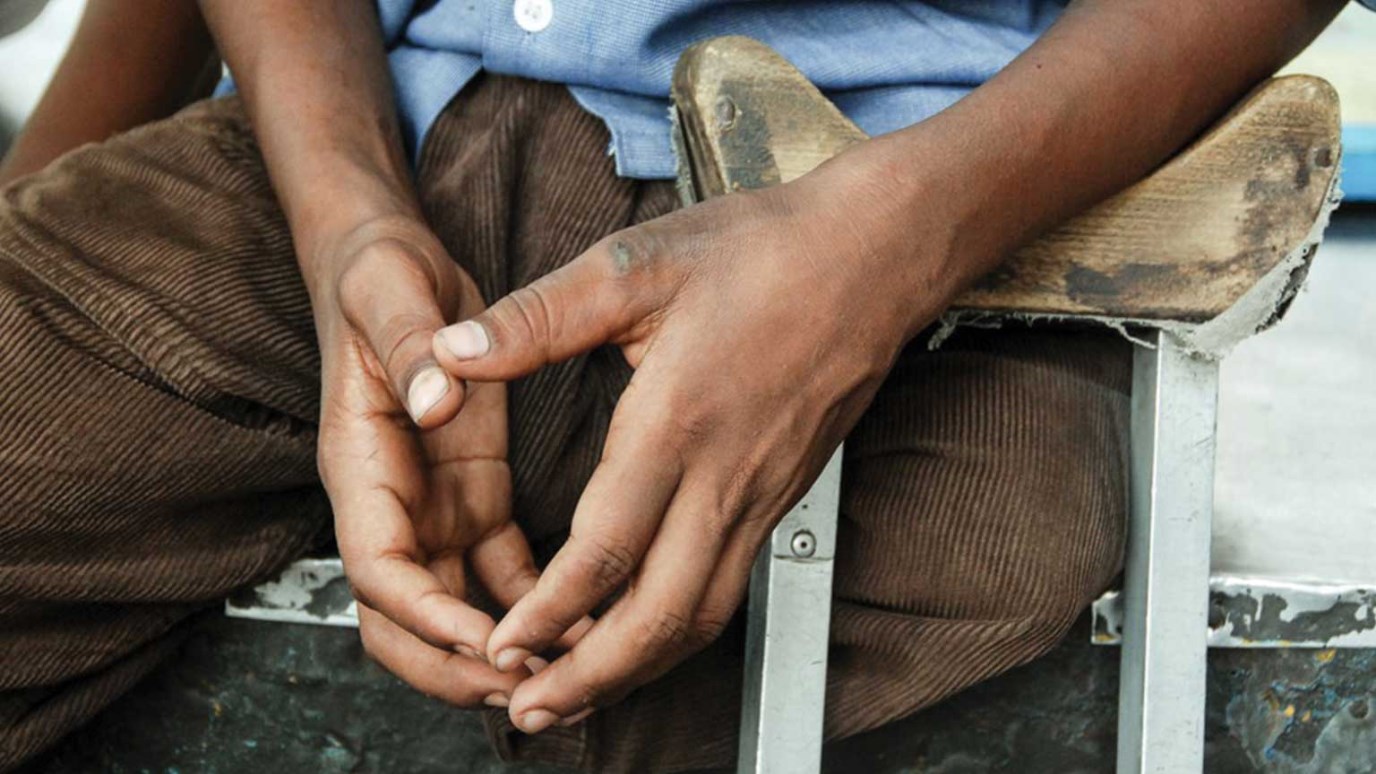 
In this mega-city, young addicts spend their days hatching crimes for their daily fix—even if it means robbing each other.


In the chase Ishfaq tried to hop on a moving train but he fell, catching his left leg between the train's wheel and the rail.

His addiction cost him his leg that day.

“All that was running in my mind was how to get back the stolen money and tubes,” he says.

Ishfaq is among about 100,000 children who eat, live and sleep on Delhi's streets, where young addicts thrive in a world of despair.

Hooked on Drugs, Addicted to Crime

Ishfaq’s family had moved to Delhi after his father died years earlier. Delhi is India's second largest city, after Mumbai, and about half of its 18 million population lives in slums without amenities.

With no place to stay, they called the streets home.

Finding work proved more difficult for his mother, Fatima*, and she turned to begging for money.

Ishfaq and his brother spent their days wandering the slums, far from school.

“Children get hooked on to drugs by learning it on the street from their peers or by watching their parents,” says Firoz, a World Vision community development coordinator at the Delhi Child Restoration Project, a program that helps children in dire circumstances recover.

Ishfaq was among them.

He started huffing glue when he was just 7 years old.

“I was told that if I consumed it my strength will increase—my body will be fit and muscular,” he says. “If you have the drugs, you will feel good.”

He and his friends eventually moved from glue to harder drugs, like heroin. They rarely ate. They resorted to stealing wallets to pay for their habit.

“From morning till evening we did drugs,” Ishfaq says. “The high made us hallucinate. We just crashed on the pavement and watched the sky.”

Ishfaq’s train accident forced the youngster to move back home with his mother.

“He was filled with rage because he was disabled now,” Fatima says.

He continued huffing glue at home to dull the pain of walking and dealing with basic tasks he once took for granted.

Fatima was exasperated and didn’t know how to help her son.

When she heard about World Vision’s education center that helped children addicted to drugs, she admitted her child to the rehabilitation program.

There, he went through detox.

Ishfaq's account: “Every bone in my body hurt. I had to endure so much pain to get off drugs. At times I wished I had a knife so that I could plunge it into my body and kill myself.”

He is still at the rehab center, working to fight his addiction.

“I am trying,” Ishfaq says. “I was on the verge of death. I was weak—just bones. My face sunk in and my neck became thin. World Vision staff saved me from dying and got me thinking about having a good life.”