7 Things No One Told Me about Marriage 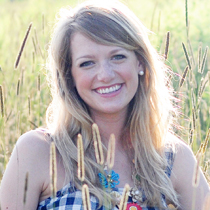 Many people say that marriage is all downhill after the wedding. It's actually quite the opposite, but only if you want it to be.

Apparently “Brangelina” (Brad Pitt and Angelina Jolie) tied the knot. I don’t know if I’m embarrassed or proud to say I found this out a couple weeks after the fact only because a friend brought it up.

While I may not be the type to gush over the latest celebrity wedding, weddings and marriage have been on my mind a lot lately. We’ve received over a dozen wedding invitations this summer, and this week marks our third wedding anniversary.

As I watch friends getting married and think about our own wedding, I think back to the advice we received prior to our “I dos” and realize there were a lot of things no one told me.

The comments we heard were pretty standard: “The first year is the hardest.” “Marriage is hard work.” “You’re not living together yet? You’re in for a surprise!” “There will be a lot of days when you won’t necessarily like each other.” There were positive remarks too—we have many wonderful examples of great marriages around us—but even those comments seemed fairly generic and surface level.

My husband, Kyle, and I love being married, and we’re huge advocates for strong Christian marriages. Here’s what I wish people would have told us about marriage and what I want others to know:

It’s not enough to just marry a Christian. Kyle and I came from very strong Christian upbringings, but we initially didn’t take our joint faith life super seriously. Thankfully, God helped us realize there are countless blessings to be gained when you spend time in God’s Word together each day, pray boldly and honestly as a couple, and intentionally seek and follow his will.

Marriage is hard work, but not in the same way that keeping your body trim is hard work if you hate working out. It does take effort, but the effort can and should be enjoyable. And so what if it’s hard work? Most good things in life do not come by sitting back and hoping for the best, but by taking an active approach.

You’ll annoy each other sometimes, but that feeling is more a result of closeness than a weak marriage. The person you’re living with is not a roommate; this is a life partner. You spend a lot of time together and make a lot of decisions together, so you’re bound to get on each other’s nerves a bit. I always say that I could live with a clone of myself and still get annoyed sometimes, just because I’d be dealing with another human.

Praying with your spouse can be a little awkward at first. But, if you persist, it will become one of the greatest and most intimate blessings of your relationship.

The dangers people warn you about that are most likely to divide your marriage are the things that also have the most potential for bringing you closer. When you join forces and tackle life as a team, those big relationship stressors actually strengthen your marriage a lot. For us, those stressors have been things like finances/paying off debt, trying out a little foster parenting, health problems and scares, job changes, etc. Satan loves nothing more than to see a strong marriage divided. Being conscious of that changes everything, because there’s no way I’m letting Satan get his hands on my marriage.

No matter what people say, you can and will love your spouse more and more each passing day and year. I find it discouraging how many people make it sound like marriage is all downhill after the wedding. I think it’s just the opposite—but only if you want it to be.

What kind of marriage advice do you hear circulating around? And what do you think married couples most need to know? I’d love for you to share your comments so we can unite to encourage strong, Christ-centered marriages!

How to Evaluate a Successful Marriage
Great Commandment

Married in Ministry: How to Go the Distance!
Dan Reiland