7 Reasons It’s Hard to Be Single in the Church 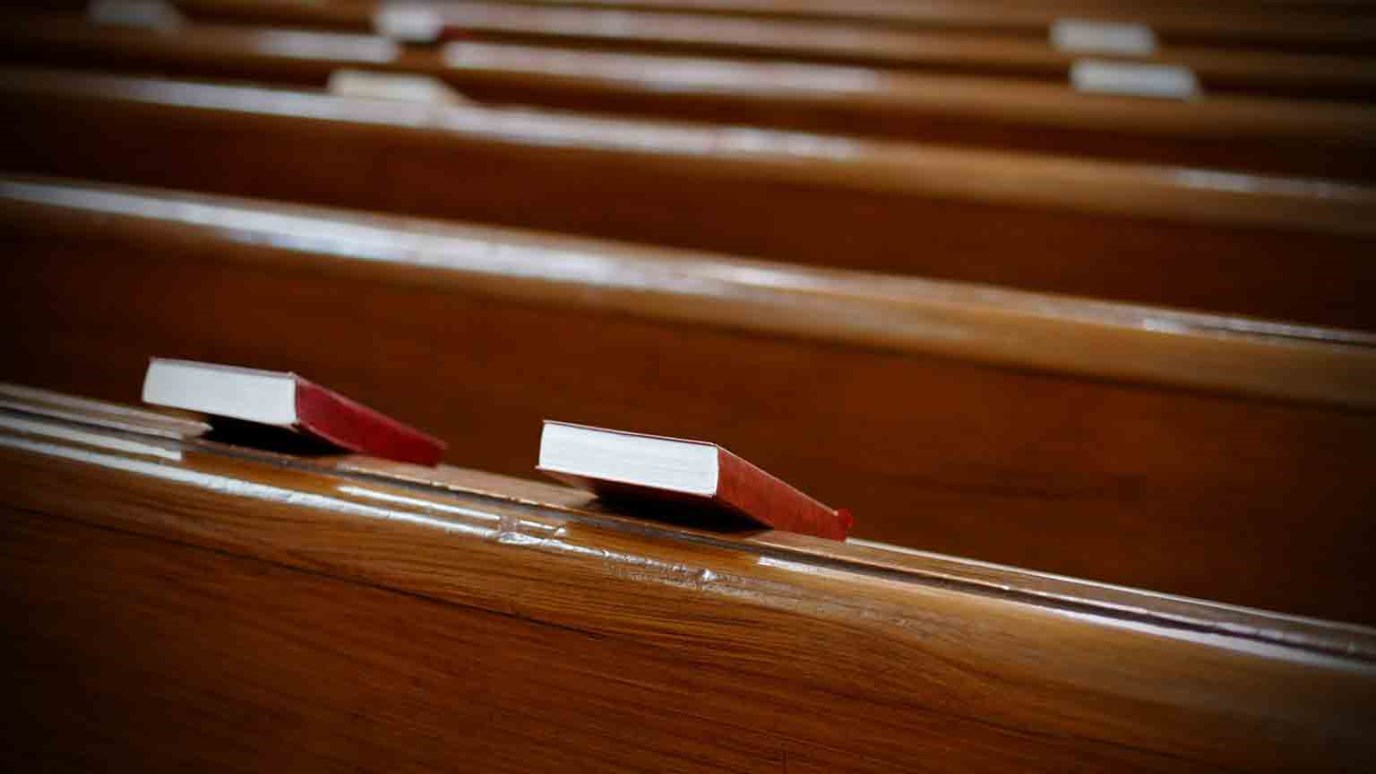 Churches should reconsider the (painful) messages they (unintentionally) send singles.

I don’t want this to seem like a church-bashing session. So before I tell you why it’s been hard to be single in the church, let me make a few qualifications.

First, what I’m saying is based on observations, personal experiences and the experiences of friends. There are many churches to which these do not apply.

Second, churches do amazing things. There are beautiful, generous, wise people in the congregations and on staff. I’m not trying to disparage churches in general; I’m only describing an experience that I believe lies in the blind spot of many churches.

Third, I don’t think the pain singles experience is intentionally or even knowingly inflicted by most churches. As I said above, I think it’s a blind spot. Hopefully, by having honest conversations, we can help each other see.

That being said, here are the top seven reasons I think it’s hard to be single in the church.

1. The mythical “gift” of singleness.

I’ve heard many, many times from church leaders that some people have “the gift of singleness,” which is divinely given and has nothing to do with that person’s free will. Furthermore, if a person has the “gift of singleness,” they know from a young age they’re meant to be single for the rest of their lives.

Therefore, if you don’t know you’re meant to be single forever, you’re supposed to get married.

This is nowhere in the Bible. Nowhere. Paul says in 1 Corinthians 7 that marriage is a concession, something you’re allowed to do as a last resort if you can’t resist sexual temptation. I know lots of single people, even single people who have been single for decades and died single. And I don’t know of a single person who knew they were going to be single forever.

2. Marriage is a shortsighted goal.

Is marriage beautiful? Yes. Would I like to be married some day? I’m definitely open to the possibility — if it’ll allow me to do something for God that I can’t do as a single. Will I feel I have a gaping void in my life or like God hasn’t blessed me if I stay single? Absolutely not.
Marriage is a beautiful illustration of Christ and the church. But even the most amazing marriages only last for five or six decades, after which we enter the other side of eternity where, as Jesus says, “they neither give nor are given in marriage.”

Marriage is a drop in the ocean of time. It is great, but instead of perseverating on it, what if we lifted our eyes to the real promise — that one day we will all be reunited with and “married to” Divine Love for eternity. For me, that’s the most exciting thing.

3. Marriage is treated as the benchmark of maturity.

This is true in general society, but I think it’s even more noticeable in the church. Single people are often disqualified from — or not even considered for — ministry positions because they’re not married. Why? For one, because everyone’s worried that singles’ sex drives are so out of control they’ll try to seduce everyone around them. And for two, because one of the qualifications Paul stated for elders is that they be “the husband of one wife.” This phrase has caused unbelievable (and, I think, unnecessary) turmoil and pain in the church. Can we agree that “be the husband of one wife” means “If you’re married, honor your vows — oh, and don’t practice polygamy”?

To interpret it any other way seems weird, especially because taking this passage literally would disqualify at least two incredible men — Jesus and Paul — from church leadership.
Paul even says in 1 Corinthians 7 that single people are MORE available to minister and be available to people than married people are. How is it that we do exactly the opposite and make it difficult for singles (especially single men) to be in leadership?

4. There are more resources to support marriage and family than singles.

In many churches, there are multiple classes for people who are, or who want to be, married. There’s a pre-marital class, a class on marriage, a marriage mentorship program and a parenting class. There are lots of Christian resources on how to be married. There often aren’t any on how to be single.

I went to a church of a few thousand people, and several singles tried to get a singles group started. At first they were told no, because, “as everyone knows, singles groups are just meat markets.”

Then they were told that “the church doesn’t need a singles ministry because no one would come — no one actually wants to be single.”

A few years later, they were allowed to start a singles group, but it had to meet once a week on campus at a certain time and location in the church. Two leaders asked if they could host get-togethers in different venues at different times during the week to allow singles the opportunity to connect more informally. Nope. They were told if they didn’t meet in the small group format, they were no longer a ministry of the church.
The church did, however, avoid scheduling events at 8 p.m. on weeknights because they knew many parents wouldn’t be able to make it. But when it came to creating a schedule that worked for singles? Not so much.

5. 1 Corinthians 7 is acknowledged but not encouraged.

I have never heard a sermon in which a pastor preaching on 1 Corinthians 7 camped on the sentence “being single is being preferable. . . . ”

First of all, Ephesians 5 gets WAY more attention than 1 Corinthians 7. When pastors do preach on this passage in Corinthians, they always transition quickly to, “BUT . . . if your sex drive is too high . . . and it probably is . . . it isn’t wrong to get married.”

And the church will do your premarital counseling, host your bridal shower and wedding, and the pastor delivering this sermon will marry you.

If you choose to stay single, what will the church provide you? Christianity is radical, right? Following Jesus means taking up a cross, right? Jesus was poor and single, right?

If our faith is so radical, why don’t we encourage people to make radical choices? Why don’t pastors stand up in front of their congregations and preach on 1 Corinthians 7 and challenge people to consider whether, for the sake of the Gospel, they can put off marriage (at least for a season) to do something for God and others that they couldn’t do if they were married?
There’s an opportunity cost for every choice we make. The opportunity cost for being single is dealing with loneliness and celibacy. What’s the opportunity cost of marriage? An enormous amount of time, tons of energy, and tens of thousands of dollars setting up a household, throwing a wedding, and taking a honeymoon.

Has anyone ever dared to ask out loud, “What could we do for the Kingdom if we skipped the wedding and spent that time, energy and money on ministry instead?”

I have never heard anyone say that out loud in church. Not just from the pulpit, but in any pew.

6. Singles are used as worker bees in the church.

I’ve heard more than one pastor say that if you’re single, you’re meant to serve the church — which, several have said, means providing childcare on Sunday mornings so the married couples can participate in the morning worship service.

We’re not 15-year-old babysitters, okay? We’re every bit as intelligent and mature as any married person, and we need fellowship and teaching just as much as anyone.

Should we participate in childcare? Of course. We should do everything we can do to serve the community. But married people should do the same. We are all to serve each other.

7. Single people are not discipled in their singleness.

When I’ve talked to pastors about being single, the immediate response has been to come up with solutions to make singleness not quite so painful until some guy wises up and marries me.

Singleness is not a disease, and marriage is not the cure.

Yes, singleness can be a struggle and people in that season are sometimes miserable or discouraged or weary — but you could say the same about marriage, right? And we don’t offer miserable married people divorces; we teach them to grow and persevere in difficulties.
I have never, not even once, been encouraged to persevere in my singleness because I could do something with it that I couldn’t otherwise do for God. Instead, I’ve been encouraged to look forward to marriage. I’ve also had pastors profusely apologize to me that they haven’t been able to convince a man in our congregation to pursue me. Both are vastly unhelpful responses.

It reminds me of Anna and Simeon, who were both (presumably) single adults who spent lots of time at the temple, and were the first people to hold baby Jesus when Mary and Joseph brought him to the temple eight days after he was born.

I think most pastors today would try to convince Anna and Simeon to get married — and assume if they didn’t pursue marriage, one or both were too selfish, immature, short-sighted or picky.

* * *
Do singles want to get married? Probably. But who knows when that will be. Maybe next year. Maybe never. If we hold our breath waiting for it, we’ll miss the beautiful opportunities that are right here, right now. As Henri Nouwen says, we’ll miss the treasure under the ground on which our feet now stand.

Why Not Take the Test Drive? The Case Against Cohabitation
Shaunti Feldhahn