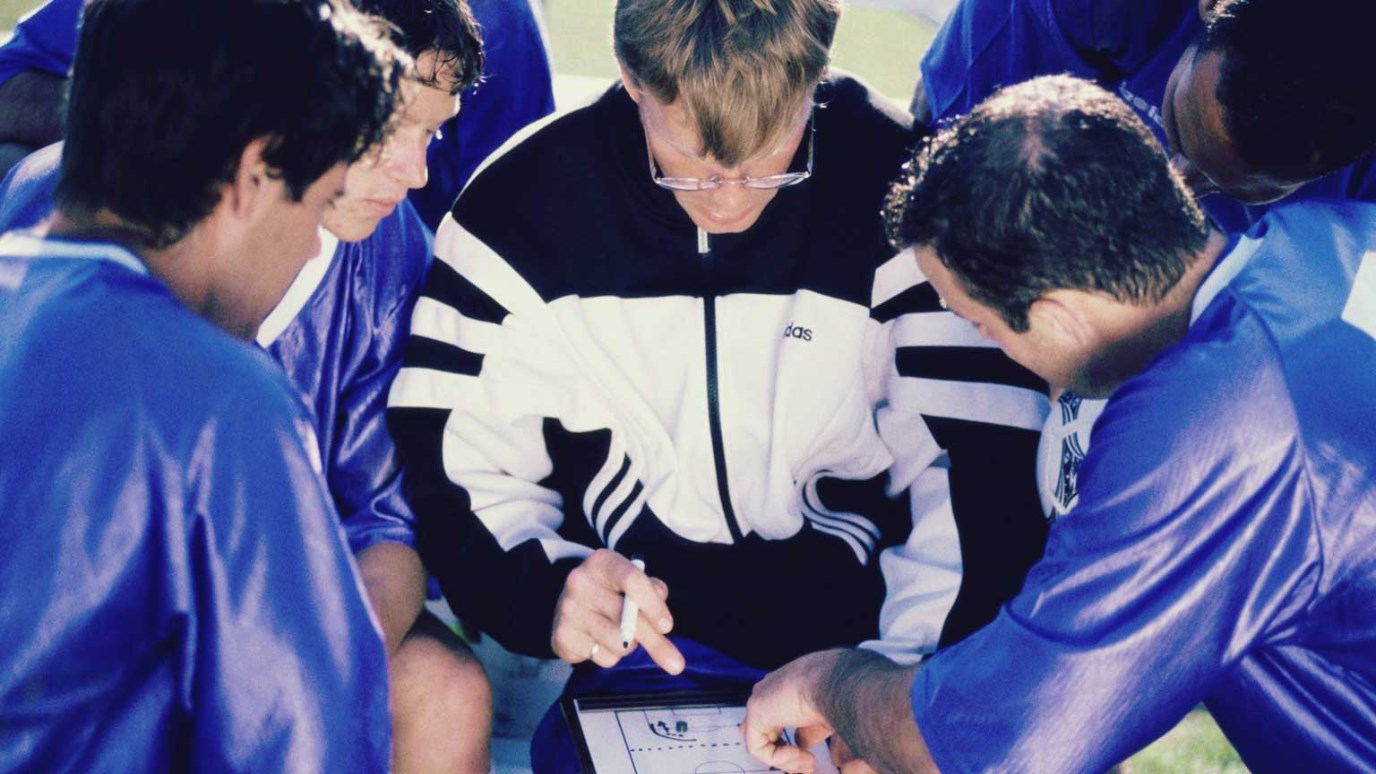 This story will do your heart good.

Cristian Mojica is a high school student at Boston Latin Academy. He’s also a football player and swimmer who is far more serious about sports than his academic development. That is, until this year.

What did it take?

Sitting on the side of the pool with a stopwatch timing other swimmers.

His coach, along with his dad, decided Cristian needed to see the bigger picture. So when his grades came in, it was the perfect time to act. Mojica had a 1.66 grade point average last winter, and athletes at the school are required to have a 1.67 to participate. So he approached his head coach, Mark Thomas, and asked him what he could do to help him continue swimming. The kid was sure he needed their help.

The coach told Cristian no one could help him get back in the pool except him. He stuck to his guns, much to the athlete’s shock. “I honestly don’t think he took it that serious… he didn’t think it was a big deal and he’d be able to slide by. Well guess what, he didn’t,” Thomas said. “He came to me and said, ‘What can you do?’ I said, ‘Cristian, there’s nothing I can do. If I could have done something, I would.’ He needed to learn a lesson.”

It seems everything in our culture screams that sports are the most important thing in life. These coaches simply used sports to teach a bigger lesson.

Coach Thomas and Cristian’s dad agreed he would sit by the pool, hold the stopwatch, and time the other swimmers. Watching them would add to his incentive. “I think it absolutely killed him to miss the last three or four weeks and not go to the cities. Instead of swimming, he sat there and clocked them,” Coach Thomas shared.

According to his next report card, it worked. Cristian now carries a solid 3.2 GPA. He is competing again in the city championships after being named the Boston Scholar-Athlete of the Month. Yes, you read that right: Scholar-Athlete.

“At the beginning of my high school career, I never would’ve thought I’d be nominated for that because my grades weren’t where they should’ve been,” Mojica said during a recent swim meet. “It feels good to be nominated.”

The fact is the coaches saw what the athlete could not. Now he knows he can do it.

How To Enable a Student Athlete to Rise to the Occasion

1. Tell them what you see.
Very often, student-athletes hide behind vanity but they don’t see their inward potential or aptitude. If you see potential, let them know. Be clear about your vision and get other coaches or teachers to back you up. Therapists today frequently see a condition in kids they call “high arrogance, low self-esteem.” We must help them see their aptitude far beyond their sport. Express your belief in them.

2. Use the word “yet.”
When student-athletes say they just aren’t good in math, science, or reading, they aren’t lying. So far, they may have only seen mediocrity in the classroom. Stanford professor Dr. Carol Dweck, however, talks about current experiments she’s doing with the word “yet.” You can agree a student isn’t good at something… yet. Always cultivate a “growth mindset” instead of a “fixed mindset.” Development is possible.

3. Create incentive in them.
Like Coach Thomas above, stick to your standards for academics or character. Don’t let them slide by; their boss likely won’t on the job in five years. Suspend them so they can grow, but find a way to have them “hold the stopwatch.” Keep them close to the sport they love, to build a fire inside of them to return to it. Keep their vision alive to “get back in the pool” or on the field.

4. Help them “own” their growth.
Did you notice in the Cristian Mojica story the coaches communicated that the only person who could help the student get back in the pool was himself? They put the ownership on him. Our culture today so often fosters a “blame game” or a victim mindset that allows kids to blame someone else for their lack of performance. We owe it to them to equip them to take responsibility and own their journey.

5. Position your standards in the right place.
It’s easy to hold standards too low or too high for some of our student-athletes. You must size-up what you believe to be their potential; compare it to your standards for the team, and choose your standards wisely. Leaders must help teams reach heights they may not reach on their own, but not discourage them with a standard that’s impossible to reach. Keep in mind students are capable of much more than they realize.

6. Consistently hold them accountable.
Once you’ve determined your standards, the only hope you have of players meeting them is to be consistent in your enforcement. People do what people see. Talk is cheap; actions scream messages. Helping athletes achieve peak performance on and off the field is all about sticking to your guns and holding them accountable. It’s how people grow — and how successful people reach their potential.