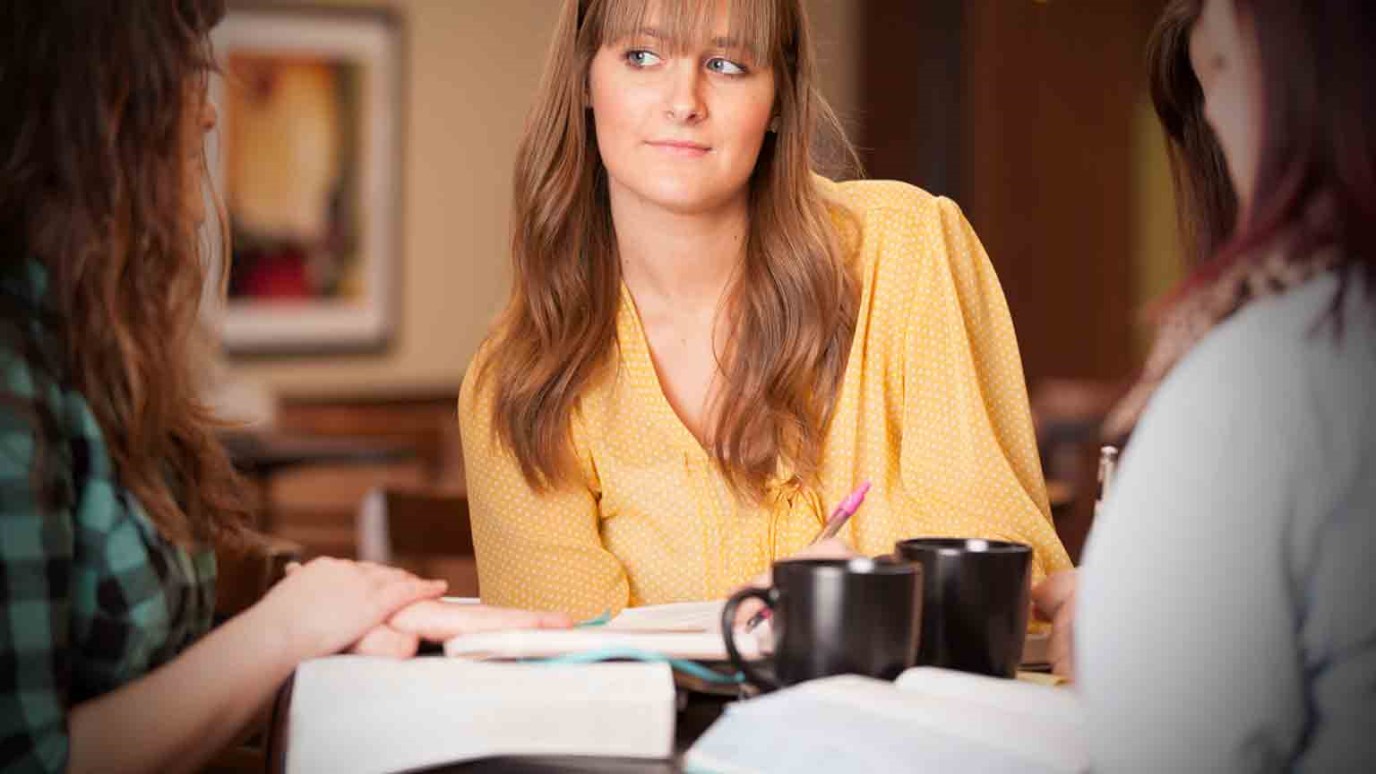 From a Christian perspective, much of what culture teaches us about relationships is pretty off base.

For most of my dating life, I haven’t been a Christian. So, I dated the way a lot of people do — I played mind games, tried to care about the other person less so I had the upper hand, and avoided any kind of real commitment. My relationships were about me, and my happiness, and inflating my ego.

Then I became a Christian. And, as with every other part of my life, I had to rethink how I looked at dating and relationships.

Now, it’s certainly not the case that I don’t fall into those old dating habits — I do, and far too often. As do many (most?) Christians. Because . . . reorienting your worldview to reflect the Christian narrative is no small task, especially if your entire way of being was more or less the opposite for 20-plus years. This is particularly true for dating as a Christian, which, from the outside (eh, from the inside, too), can look weird. It goes against our natural inclinations, not to mention much of what pop culture teaches us about dating.

So, here are five ways dating as a Christian is (theoretically) different from modern dating:

Romantic comedies — really pop culture more broadly — would have you believe the person you date should worship you: you should be the air that person breathes, the reason for his or her existence. Sounds wildly romantic, right? Maybe. But, the Christian perspective is a bit different, at least when it comes to the bigger picture, which has implications for relationships and dating.

In an Atlantic article titled “Jesus Is Ruining My Love Life,” the author (not a Christian) writes about being in tears when her boyfriend admits rather unashamedly to loving Jesus more than he loves her. While that’s hard to hear — and difficult to live out — Christians believe it. God doesn’t exactly stutter when he tells people to put him above all else — it’s his first commandment, and Jesus echoes him in Luke 14:26 and Matthew 22:37.

Christians stray from modern dating conventions by not treating any human relationship as the be-all and end-all. That place is God’s. Really, it’s comforting to know that when your significant other fails you, or if the entire relationships fails, you don’t lose your source of worth.

2. You were made to be in relationship.

When society isn’t saying that your significant other should worship the ground you walk on, it’s telling you to focus on yourself, your success, your career — all of it starts to sound rather anti-relationship. As if you shouldn’t look for a relationship until you’ve achieved all you wanted to in life. As if choosing said relationship is, well, weak. But, in looking at the Christian story, you see that people were actually made for relationship.

Look at Adam — you know, from Genesis. The first words out of his mouth ever are, “At last!” It’s an exclamation Adam makes after God creates for him Eve. As if something inside of him had been longing for this person, this relationship — because he was made to be in one. I haven’t reconciled that with the apostle Paul’s bleak view of marriage, but God does say in Genesis 2:18, “It is not good that the man should be alone.”

It’s worth revisiting the idea that all people are made in the image of God. So, what does God look like? In Epic, John Eldredge writes, “How wonderful to discover that God has never been alone. He has always been Trinity — Father, Son, and Holy Spirit. God has always been a fellowship. This whole Story began with something relational.”

3. Relationships are about more than feelings.

We’re constantly told to find someone who will make us happy. While that’s true to an extent — of course you shouldn’t be with someone who makes you miserable — human emotions (like happiness) are fickle. You’ll wake up one day and you won’t feel that overwhelming passion to be with the person you couldn’t take your eyes off of yesterday. Do you jump ship and look for Mr. or Mrs. Right elsewhere?

Seth Adam Smith, author of Marriage Isn’t For You, wrote on his blog: “. . . real love isn’t just a euphoric, spontaneous feeling — it’s a deliberate choice — a plan to love each other for better and worse, for richer and poorer, in sickness and in health.” Sure, relationships involve chemistry and attraction, but that doesn’t keep them. Even in dating, there is commitment. You make a choice to meet that person’s emotional needs when you least want to, when you don’t feel that spark.

Dating isn’t about compatibility or the superficial qualities you think are attractive. Christianity reorients your mindset so you seek to be the one, not just find the one. (I’m not suggesting that “the one” exists, but you get the point.)

4. You have to be willing to look the fool.

It’s totally against human nature to be comfortable putting yourself out there, even within the context of a relationship. Our culture values that blasé, play-it-cool attitude that tells you to wait eight hours to text back. But that thinking is so contrary to how Christians would interact were they modeling themselves after, well, Christ.

Jesus made the first move by coming to earth and displaying his sacrificial love for humanity. That should give you the security to risk looking foolish in your relationship — to forgive first when you don’t want to, to clarify intentions when it’s easy to be ambiguous, and to express emotions knowing that person might not feel similarly. In The Four Loves, Christian apologist C.S. Lewis writes, “To love is to be vulnerable.”

5. Dating isn’t meant to be done in a bubble.

One of the implications of being made for relationships is that much of Christian life is done in community, hence the Bible studies, and the small groups, and the prayer fellowships. In Relevant magazine, Emerson Eggerich, who runs the ministry Love and Respect, advises Christians to involve godly people in their dating lives, and idea that goes against societal norms — “there’s so much isolation today and so much autonomy that we’re losing a gift God has given us by receiving this kind of input.”

As with every other aspect of life, so with your dating life — it’s meant to be shared. If the church is a family (it’s not called a fellowship for nothing), in it are brothers and sisters — peers who will relate to your struggles and joys, but also older members who can impart wisdom — all eager to help you discern where your relationship is and where it should go.

Gender Differences, Part 2
Pete Briscoe
Follow Us
Grow Daily with Unlimited Content
Uninterrupted Ad-Free Experience
Watch a Christian or Family Movie Every Month for Free
Early and Exclusive Access to Christian Resources
Feel the Heart of Worship with Weekly Worship Radio
Become a Member
No Thanks