5 Things You Need to Know About World Hunger 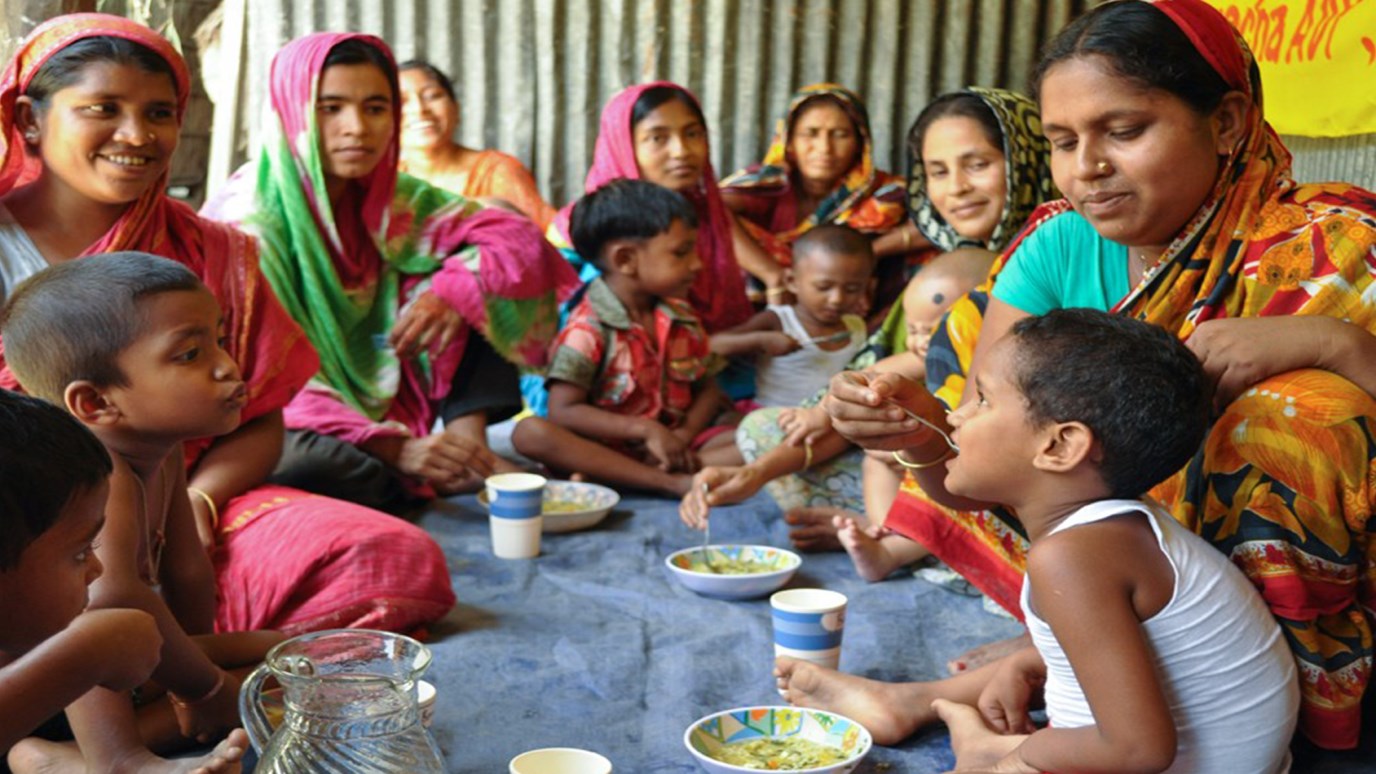 Around the world, 842 million people regularly go to bed hungry.

Mothers learn to cook nutritious food from local ingredients to feed their children in a World Vision program in Bangladesh. Not only has the program rehabilitated malnourished children, it has changed community viewpoints on child care, nutrition, hygiene, and sanitation, which will have benefits for generations to come.

Around the world, 842 million people regularly go to bed hungry, says a new report from the United Nations food agencies.  The States of Food Insecurity in the World 2013, released by the Food and Agriculture Organization, (FAO), the World Food Program (WFP), and the International Fund for Agricultural Development, reports that despite overall improvements in food security, some areas of the world are lagging behind in providing adequate nutrition for healthy development.

Here are things you should know about global hunger and nutrition:

1. One out of eight people is chronically hungry.

Globally, 12 percent of the world’s population—842 million people—could not get enough food for a healthy life from 2011 to 2013. About 827 million of the hungry live in developing countries.

2. There’s still a chance to achieve the Millennium Development Goal (MDG) for hunger.

The hunger MDG calls for halving the proportion of hungry people in the world by 2015. The starting point was measured at 24 percent of the population from 1990 to 1992. At the present rate of improvement, the prevalence of hunger in developing countries would reach 13 percent by the deadline, down from 14.3 percent today.To meet the goal, donor nations and developing countries must provide more food aid to hungry people and improve livelihoods, especially for those who feed their families through small scale agriculture.

3. Some regions have a higher proportion of malnourished people than others.

Sub-Saharan Africa is still the region with the highest prevalence of undernourishment—one in four people are estimated to be hungry. The most progress has been made in Asia. Bangladesh, China, Indonesia, Mongolia, Thailand, and Vietnam have made great strides, while progress has been slower in southern Asia.

4. Poverty reduction efforts have paid off in better access to food in developing countries.

Poverty rates in developing countries fell from 47 percent in 1990 to 24 percent in 2008. However, having the economic means to access food is also affected by food prices and people’s purchasing power, which have both varied widely in recent years.World Vision’s programs that assist families with agriculture and microfinance for business development have the added benefit of improving food security.

In India, for example, where the economy has experienced high growth in the last decade, the most recent data shows nearly half of children under age 5 are underweight.  In many other countries, the income gap between the “haves” and “have-nots” has widened. Development programs that lift up the poor to be healthier, better educated, and able to provide a stable income are vital to family food security. So are community-based courses in which mothers learn to feed children the proper food to grow up healthy and strong.

TOP 10 COUNTRIES WITH THE HIGHEST PROPORTION OF HUNGRY PEOPLE