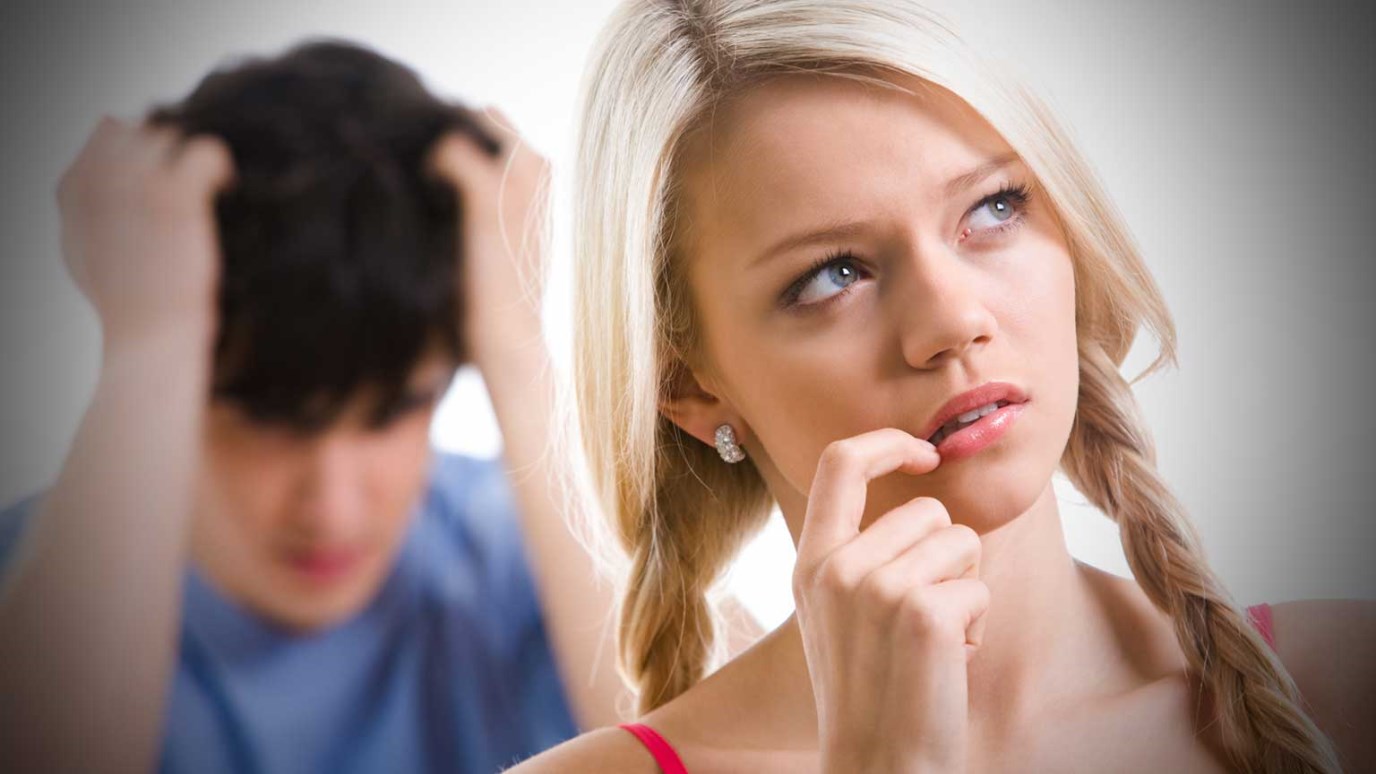 It's a question that a lot of girls wrestle with. So here are three reasons why it’s really (really) hard to “just stop” physical sin once you’ve gone there with a guy.

Not long ago I wrote a post called “Divorced . . . at 18?” where I shared that my heart got shattered when I broke things off with a guy I had been dating married-style. A few of you posted comments asking why we couldn’t just stop the physical side of our relationship instead of having to break up. That’s such a good question, one that a lot of girls wrestle with. So here are three reasons why it’s really (really) hard to “just stop” physical sin once you’ve gone there with a guy.

But first, there’s something I really, really need you to hear: This post is not meant to shame you if you’ve already make sinned—big or small—with a guy. Trust me—I’ve been there, and I have nothing but love and compassion for you and your situation. And if you read through to the end, I’ll have some great links for you. Now, on to the reasons . . .

I’m not talking about the kind of mild-mannered, easily-overcome addiction I have to a certain raspberry chocolate-chip gelato right now. I’m talking about a physical addiction that comes from things like drugs more often than ice cream. In her book What Are You Waiting For, author Dannah Gresh explains:

One of the critical neurochemicals released during sex is dopamine. Dopamine makes you feel good; it creates a simultaneous sense of peace and pleasure. Anytime your body experiences pleasure—whether morally “good” or “bad”—the limbic system gets washed in dopamine. In essence, it is the “craving” chemical. It makes you want more. It creates addiction.1

You can see why that would be a great thing in marriage, right? It cements a husband and wife together. But in a dating relationship, not so bueno.

Reason #2: Hormones are forces to be reckoned with!

God designed our hormones to be a kind of gasoline. Getting turned on is like a spark that sets a gallon of gasoline on fire, and once it’s on fire, it ain’t easy to put out! I don’t want to give you the impression that it’s impossible to stop, but I’ve often mused that stopping once you’ve started down that path is like trying to cage a lion with string and popsicle sticks. That’s especially true if the person you are with has little desire to stop. Which leads me to the third reason . . .

Reason #3: God designed men to lead and women to be led.

This isn’t a post about what the Bible says about the roles of men and women. (But be sure the check out the posts on that subject in our archives!).

For now, you need to know that who God created men and women to be plays out big time in the world of intimacy. I’ve literally never talked to a girl who said, “Jessie, I don’t know what to do. My boyfriend is always telling me to slow down when we’re alone together, and asking me to respect his boundaries, and I just don’t want to.” Not saying it couldn’t happen, ladies!

But on the flip side, more than one girl is at her wit’s end because her boyfriend seems to lose all ability to reason when they’re alone together. Some of you know what I’m talking about! A guy’s leadership is important in so many ways—especially in marriage—but when it comes to physical intimacy before you’re married, his misguided leadership can get you both into trouble.

Three characteristics of intimacy are fantastic in marriage but disastrous outside of that covenant: 1) sex (and many things leading up to sex) are addicting, 2) hormones were designed to put fuel on the fire, and 3) we’re often led into intimacy by the guy we’re with.

If a girl allows a guy access to her body, those hormones we talked about earlier kick in and completely override his better sense. Which is not to say that men are like the Incredible Hulk, unable to control themselves. God calls all of us to practice self-control. But God designed him to be intoxicated by one woman’s beauty and then take the lead toward physical intimacy. So a girl, who is designed to be led, can have a really hard time saying “no” over and over (and over!) again to a guy who she cares deeply about.

So to recap, putting an end to physical intimacy in a relationship is hard—but not impossible!— because 1) sex (and many things leading up to sex) are addicting, 2) because our hormones were designed to put fuel on the fire, and 3) because we’re often led into intimacy by the guy we’re with. All three of those characteristics of intimacy are fantastic in marriage, but disastrous outside of that covenant.

So my advice? If you’re not in a physical relationship with a guy, be smart and keep it that way. If you are in a compromising physical relationship with a guy, take a good long look at your attempts to “do better” and be honest with yourself. Are you caught in a cycle of addiction and broken boundaries? Is it realistic to think you can turn off your hormones when you’re together? Does your guy pressure you to do things you know you shouldn’t do? If so, then it’s time to end the relationship and repent so you can stand before God with a clear conscience. Because let me tell you, there’s nothing like being right with God! It’s worlds better than even the best of boyfriends.

Blessed?
Robert Morris
What I Wish I Would've Known Yesterday
Emily Manke
Follow Us
Grow Daily with Unlimited Content
Uninterrupted Ad-Free Experience
Watch a Christian or Family Movie Every Month for Free
Early and Exclusive Access to Christian Resources
Feel the Heart of Worship with Weekly Worship Radio
Become a Member
No Thanks