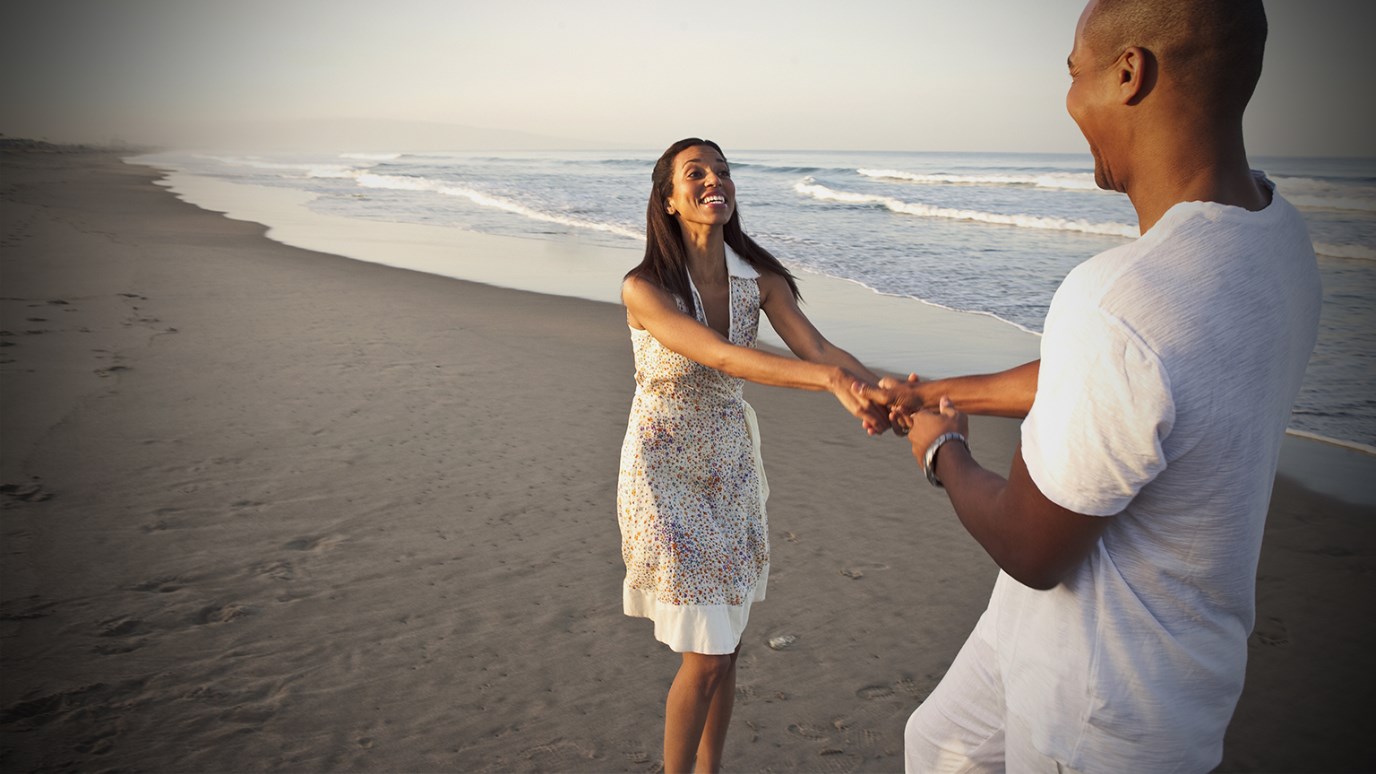 Find out how you can avoid the common pitfalls among those who are trying to win (and keep) the heart of another.

Question: In your book Love Must Be Tough, you suggested some ways unmarried people can build healthy relationships and not smother each other. Would you share those again? Would you apply the "tough love" principle to those of us who are not married? How does the issue of respect relate to our romantic relationships, and how can we build and preserve it?

Answer: The principles of loving toughness are the same for those who are single as for those who have been married for decades. There are circumstances, however, that are specific to the courtship period. Let me cite seventeen suggestions that will help you avoid the common pitfalls among those who are trying to win the heart of another.

1. Don't let a relationship move too fast in its infancy. The phrase "too hot not to cool down" has validity. Romantic affairs that begin in a frenzy frequently burn themselves out. Take it one step at a time.

2. Don't discuss your personal inadequacies and flaws in great detail when the relationship is new. No matter how warm and accepting your friend may be, any great revelation of low self-esteem or embarrassing weaknesses can be fatal when interpersonal "valleys" occur. And they will occur.

3. Remember that respect precedes love. Build it stone upon stone.

4. Don't call too often on the phone or give the other person an opportunity to get tired of you.

5. Don't be too quick to reveal your desire to get married--or that you think you've just found Mr. Wonderful or Miss Marvelous. If your partner has not arrived at the same conclusion, you'll throw him or her into panic.

6. Most important: Relationships are constantly being tested by cautious lovers who like to nibble at the bait before swallowing the hook. This testing procedure takes many forms, but it usually involves pulling backward from the other person to see what will happen. Perhaps a foolish fight is initiated. Maybe two weeks will pass without a phone call. Or sometimes flirtation occurs with a rival. In each instance, the question being asked is "How important am I to you, and what would you do if you lost me?" An even more basic issue lies below that one. It wants to know "How free am I to leave if I want to?" It is incredibly important in these instances to appear poised, secure, and equally independent. Do not grasp the other person and beg for mercy. Some people remain single throughout life because they cannot resist the temptation to grovel when the test occurs.

7. Extending the same concept, keep in mind that virtually every dating relationship that continues for a year or more and seems to be moving toward marriage will be given the ultimate test. A breakup will occur, motivated by only one of the lovers. The rejected individual should know that their future together depends on the skill with which he or she handles that crisis. If the hurting individual can remain calm, the next two steps may be reconciliation and marriage. It often happens that way. If not, then no amount of pleading will change anything.

8. Do not depend entirely upon one another for the satisfaction of every emotional need. Maintain interests and activities outside that romantic relationship, even after marriage.

9. Guard against selfishness in your love affair. Neither the man nor the woman should do all the giving. I once broke up with a girl because she let me take her to nice places, bring her flowers, buy her lunch, etc. I wanted to do these things but expected her to reciprocate in some way. She didn't.

10. Beware of blindness to obvious warning signs that tell you that your potential husband or wife is basically disloyal, hateful, spiritually uncommitted, hooked on drugs or alcohol, given to selfishness, etc. Believe me, a bad marriage is far worse than the most lonely instance of singleness.

11. Beginning early in the dating relationship, treat the other person with respect and expect the same in return. A man should open doors for a woman on a formal evening; a woman should speak respectfully of her escort when in public, etc. If you don't preserve this respectful attitude when the foundations of marriage are being laid, it will be virtually impossible to construct them later.

12. Do not equate human worth with flawless beauty or handsomeness! If you require physical perfection in your mate, he or she may make the same demands of you. Neither of you will keep it for long. Don't let love escape you because of the false values of your culture.

13. If genuine love has escaped you thus far, don't begin believing "no one would ever want me." That is a deadly trap that can destroy you emotionally! Millions of people are looking for someone to love. The problem is finding one another!

14. Regardless of how brilliant the love affair has been, take time to "check your assumptions" with your partner before committing yourself to marriage. It is surprising how often men and women plunge toward matrimony without ever becoming aware of major differences in expectation between them.

15. Sexual familiarity can be deadly to a relationship. In addition to the many moral, spiritual, and physical reasons for remaining virgins until marriage, there are numerous psychological and interpersonal advantages as well. Though it's an old-fashioned notion, perhaps, it is still true that men do not respect "easy" women and often become bored with those who have held nothing in reserve. Likewise, women often disrespect men who have only one thing on their minds. Both sexes need to remember how to use a very ancient word. It's pronounced "no!"

16. Country singer Tom T. Hall wrote a song in which he revealed an understanding of the concept we have been describing. His lyric read, "If you hold love too loosely then it flies away; if you hold love too tightly, it'll die. It's one of the mysteries of life." Hall's observation is accurate. If the commitment between a man and a woman is given insufficient importance in their lives, it will wither like a plant without water. The whole world knows that much. But fewer lovers seem to realize that extreme dependency can be just as deadly to a love affair. It has been said that the person who needs the other least will normally be in control of the relationship. I believe that to be true.

17. There is nothing about marriage that eliminates the basic need for freedom and respect in romantic interactions. Keep the mystery and the dignity in your relationship. If the other partner begins to feel trapped and withdraws for a time, grant him or her some space and pull back yourself. Do not build a cage around that person. Instead, release your grip with confidence while never appeasing immorality or destructive behavior.

These are the basics of the "love must be tough" concept. I could list another hundred suggestions, but you get the idea.

Why I Pray
Family Talk