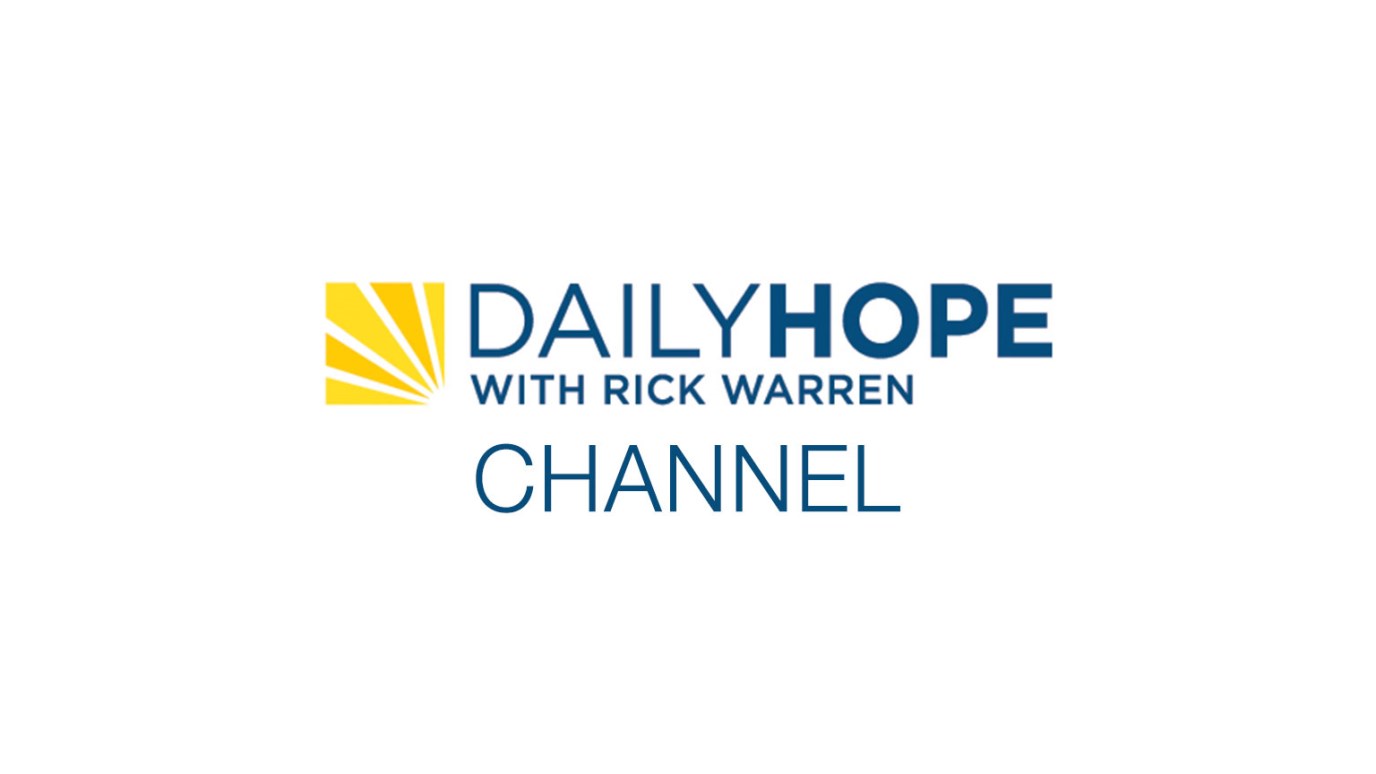 If you’d like to know the Spirit’s power in your life, and if you’d like God to speak to you, then you must practice the prayer life of Jesus.

Years ago, an old saint shared with me twelve prayer principles from the life of Jesus Christ. It made such a difference in my personal prayer life. There are only 17 references to Jesus praying, and most of them are in the book of Luke.

1.  The principle of ILLUMINATION.

Luke 3:21-22 says, “When all the people were being baptized, Jesus was baptized too.  And as He was praying, heaven opened and the Holy Spirit descended upon Him in bodily form like a dove.  And a voice came from heaven, ‘You are My Son whom I love.  With You I am well pleased.”  The setting here was Jesus’ baptism and this is the first recorded example of Jesus’ praying, and we see in the book of Luke three results of His praying:

The Holy Spirit came down.

These are three results when we make contact with God in our prayers. Symbolically, heaven opens up and we receive God’s blessing. The Holy Spirit fills our lives afresh. And the Father speaks to us. If you’d like to know the Spirit’s power in your life, if you’d like God to speak to you, you must practice the prayer life of Jesus.

2.  The principle of ISOLATION.

Luke 5:16 says, “Jesus often withdrew to lonely places and prayed.” “Often” means it was His habit. He did it in places where He was all by Himself. I believe this is absolutely essential. We need to spend time alone with God everyday. Jesus returned again and again to a lonely place. Find that place where you can get alone with God, where you can be isolated and pray aloud and let God speak to you.

3.  The principle of CONCENTRATION.

Luke 6:12 says, “In those days Jesus went out on the mountainside to pray and He spent the night praying to God.” Notice it says, “He spent the night…” Some of the greatest lessons of my prayer life have been nights that I have spent in prayer. My decision to marry my wife was made in a prayer meeting all night with one other person. Sometimes when I pray it takes just a few minutes for me to get my thoughts collected. Sometimes it takes a long time for me to even get in the mood. I’ve found that it’s important to spend extended blocks of time with God so that you can concentrate on what He wants you to do and His will for your life.

4.  The principle of INSULATION.

The Bible says, “Once when Jesus was praying in private, the disciples were with Him.” Notice that the disciples were with him but He still found time for personal prayer. This is an important principle because there’s not always time to get alone by yourself. There are times when you can’t be isolated. I think of this as kind of an incubator verse. Babies can be in the middle of a busy hospital but they can be incubated in a situation that protects them from the hustle and bustle around them. Sometimes I find as a pastor I just can’t get alone, but I can have an attitude of isolation or insulation and I can be silent even in the middle of a traffic jam. My prayer can overcome the interruptions when I put myself in an attitude of insulation.

5.  The principle of TRANSFORMATION.

We find this in Luke 9:28-29. “He took Peter, John and James with Him and went up on a mountain to prayer. As He was praying the appearance of His face changed and His clothes became as bright as a flash of lightening.” Prayer changes you. Do you think it’s possible to spend so much time with God that when you come away your face shows it?

2 Corinthians 3:18 says, “We all with unveiled faces behold the glory of the Lord.” As we look on Him “We are transformed from one degree to another.” The word in that passage is the word  katoptrizo. It’s the only time that word is used in the entire Bible. It means, ”to seriously look at, to contemplate, to meditate, to gaze on like somebody gazing in a mirror.” As we gaze on the word, as we reflect on the word, like a mirror reflects, we become more and more like Christ. And we’re transformed.

6.  The principle of EXEMPLIFICATION.

Luke 11:1 says, “One day Jesus was praying in a certain place and when He finished one of His disciples said to Him, ‘Lord, teach us to pray just as John taught his disciples.’” Notice it does not say, “Teach us how to pray,” which is often misquoted. It says “Teach us to pray.” I would suggest that this is a dangerous prayer to pray. We should not pray this request unless we really mean it, because God will often use trials and hardships and difficulties to teach us to pray.

7.  The principle of PRESERVATION.

In Luke 22:31-32 Jesus says, “Simon, Simon. Satan has asked to sift you as wheat but I have prayed for you, Simon, that your faith may not fail. When you have turned back, strengthen your brothers.” This is a prayer of protection. We don’t just believe in prayer, we believe in God. Jesus not only saves you but He prays for you. Robert Murray McCheyne once said, “If I could hear Christ praying for me in the next room, I would not fear a million enemies.” God is praying for us right now. Jesus is seated at the right hand of the Father making intercession for us.

8.  The principle of PREPARATION.

In Luke 22:42 Jesus prays “Father, if You are willing, take this cup from Me. Yet not My will but Yours be done.” Notice the change in this prayer. First, He said, take it away from Me. Then He said, “Lord, leave it.” He prayed earnestly. Why? Because He knew He would be facing in the next few hours the greatest trial of His life and He didn’t want to approach it prayerlessly.

9.  The principle of REVELATION.

This is the prayer that Jesus prayed on the cross. One of the seven last words of Christ was, “Father, forgive them for they do not know what they’re doing.” We can really learn a lot about Christ’s character here because He’s in agony. He’s in pain, yet He’s praying for other people. When you watch what other people say and do and pray when their back is up against the wall, it reveals what’s really inside of them. Prayer, like nothing else, is revelation of a person. It shows what’s inside the heart.

10.  The principle of SATISFACTION.

In Luke 22:46, “Jesus cried out with a loud voice, ‘Father, into Thy hands I commit My Spirit.’ When He said this, He breathed His last.” Jesus satisfied God the Father because He did what He was supposed to do. But more than just that, Jesus was satisfied Himself with what He had done. Because of that – that He had satisfied the Father and He was satisfied with Himself – He can satisfy every need that you will ever have. He said, “I’ve finished it all. It’s all complete.”

11.  The principle of GRATIFICATION.

Jesus expressed His gratitude for what God had done in His life. It says that when He was at the table with the twelve, He broke bread, He gave thanks and He broke it and began to give it to them. He gave thanks. This is probably the one sin that is the root of so many other sins – ingratitude.I believe our prayers should be filled with thanksgiving. In Philippians it says, “Make your requests with thanksgiving.” When we ask, we should also be grateful at the same time.

12.  The principle of BENEDICTION.

Luke 24:50 says, “When He had led them out to the vicinity of Bethany, He lifted up His hands and He blessed them.” It’s interesting to me that the very last thing Jesus did was hold His hands out and He blessed them. He holds His hands out so they would see the scars that are in His palms.  It is no wonder that when He went to bless them and held out His scarred hands that they went from there immediately and left to spend ten days in prayer.

Have a prayer request? The Daily Hope team is here to pray for you. Submit a request here or visit our Facebook page to ask the Daily Hope community for prayer.

Do You Want a Happy Heart?
Pastor Rick Warren

Restoring Relationships: Use Your Ears More Than Your Mouth
Pastor Rick Warren
Follow Us
Grow Daily with Unlimited Content
Uninterrupted Ad-Free Experience
Watch a Christian or Family Movie Every Month for Free
Early and Exclusive Access to Christian Resources
Feel the Heart of Worship with Weekly Worship Radio
Become a Member
No Thanks