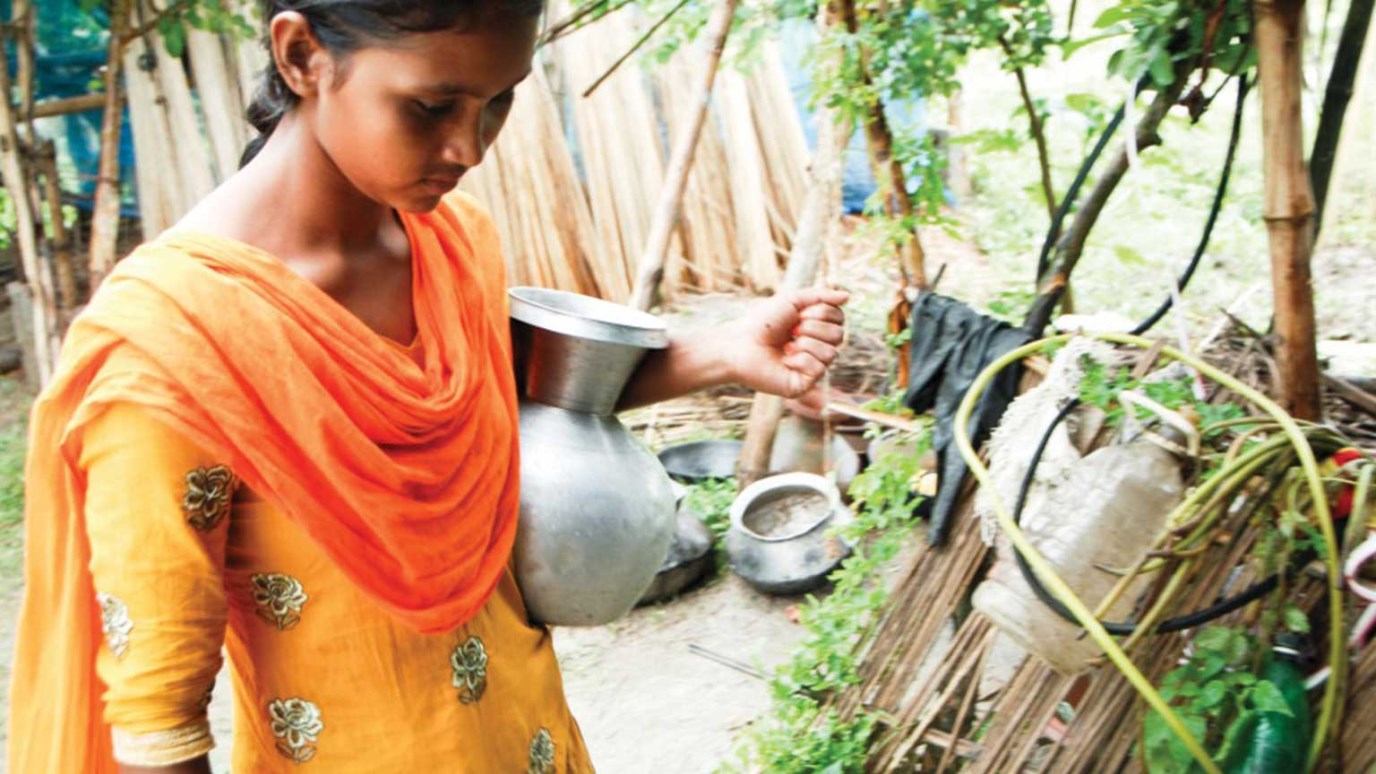 One in nine girls worldwide is made to marry before age 15.

The report, “Untying the Knot: Exploring Early Marriage in Fragile States,” studied the situation in Somaliland, Bangladesh, and Niger and found that fear of rape, pre-marital pregnancy, hunger, and homelessness were all drivers of early marriage.

Other drivers included harmful traditional practices and the lack of alternative opportunities for girls—in particular the lack of opportunity to go to school.

“The fun of planning a wedding and the heady excitement of the first weeks of marriage will not be the experience of 13.5 million girls this year,” the report says.

Instead, girls will marry because of threats and coercion. One in nine girls around the world is made to marry before her 15th birthday.

Those who are subjected to early marriage are more likely to experience domestic violence, forced sexual relations, poor reproductive health, and lower levels of education, according to the report.

“Early marriage poses a serious challenge to extremely hard-won development gains in least developed countries,” the report says. “And yet, in the face of these facts and the widespread condemnation of the practice, early marriage continues to flourish.”

The report identified the top 10 countries with the highest child marriage rates as follows:

* Countries where World Vision works to help build communities that promote and provide for women and girls’ development along with men and boys.