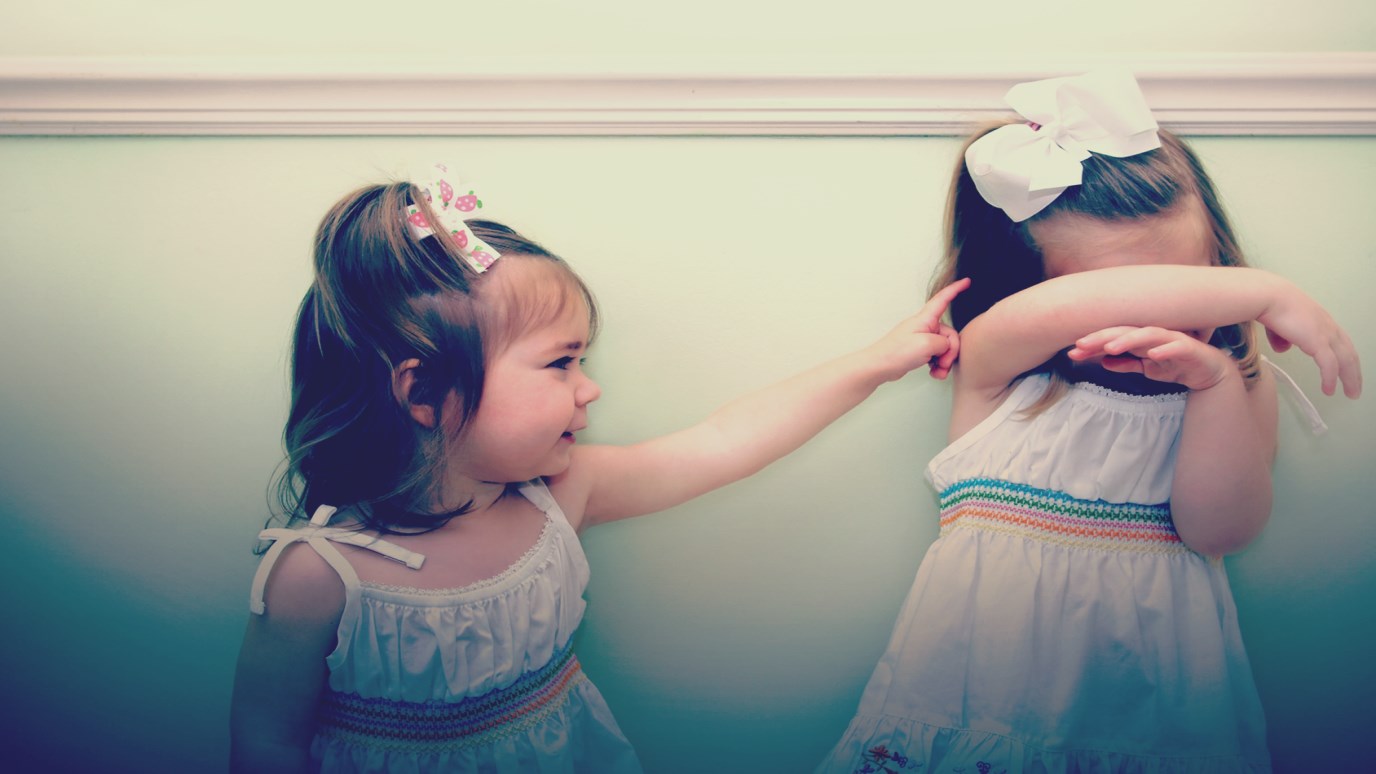 Dennis and Barbara Rainey share their successful strategies for teaching their children to get along with each other.

Sibling rivalry has been described as a shoot-out between conjoined twins. When your children are in conflict, it’s not fun to watch them take out their hurt and anger on one another. As Barbara and I watched our six children struggle through hundreds of squabbles, conflicts, disputes, and divisions, we would wonder, Are we being successful as parents? Is there something we’re doing wrong? Are we raising a group of juvenile delinquents?

In the process, Barbara and I learned a few lessons that we have shared with our FamilyLife Today® listening audience and now we share them with you. If you are like we were in this phase of parenting, you can use every shred of help you can get!

This doesn’t mean you won’t argue with each other on occasion. There were times when Barbara and I were embroiled in a disagreement and we stopped and said to our brood of witnesses, "Children, your mom and dad love and respect one another. We just have a differing opinion on a matter right now." That would help us settle down and it also assured them that we loved, honored, and respected one another. In some cases we postponed the remainder of our "conversation" until later after the children were in bed.

2. Recognize the three kinds of sibling rivalry. The lion’s share of how children argue with one another generally falls into three categories of how they seek to hurt one another: Verbal (using words), physical (using physical pain), and relational (using relationships).  As parents, you need to have a game plan on how you’re going to handle each of these three categories.

4. Be in agreement as a couple on your boundaries and penalties when there is sibling rivalry. Barbara and I used the passage from Proverbs 6:17-19 that talks about seven things the Lord hates. Those became a framework from which we designed our system for penalizing our children for many of their conflicts. There are certain things that can’t be allowed to go unaddressed: lying, hitting, biting, and name-calling, for example, were not acceptable in our family. As your children move into the teenage years, you will need a mutually agreed upon game plan to change the penalties as they get older.

It’s also helpful to have children memorize passages of Scripture in response to acts of sibling rivalry. Romans 12:14-18 talks about being at peace with all men. Assign them Scriptures that speak of how we should treat one another, and see how God’s Word begins to work its own way into their soul.

5. Listen to both sides before coming to a judgment. I can’t tell you how many times I have almost disciplined the wrong child, or learned that the child who got caught in a fight was not the original perpetrator. Often there is a catalytic reaction for an incident, and you have to do some detective work to determine who is at fault. If after investigating you can’t determine who’s at fault, ask God to help you catch the offending child in the future.

6. Give your children alternatives. "Either work this out or you both will have the privilege of an extra chore." If you can’t determine who is at fault in an incident, and both seem to be guilty (which is the case many times), there’s nothing quite like a good healthy chore to help children get hold of their emotions and find a way to settle their disagreement. We used to have a box that had slips of paper with extra "nasty" chores … washing windows, cleaning bathtubs and bathrooms, mopping the kitchen, etc. (We found out many years later that our children raided the chore box and removed the nastiest ones!)

7. Don’t expect your children to be conflict-free. They are different, and they will disagree and compete with one another. Competition, disagreement, conflict, and division have been around since the beginning of time. Remember: Conflict provides training and teaching opportunities.

8. When appropriate, let natural consequences occur. Moms, this is especially directed to you. You may have to put your heart on the shelf and let the children argue for awhile. Don’t rush in and rescue your children from conflict. Sometimes children are just using conflict to get your attention. Sometimes, just letting them argue and work things out is the best thing. You will wear yourself out if you become a relational referee, trying to resolve every dispute fairly.

9. Pray that you’ll catch them when they do wrong. Whenever our children repeatedly had money or clothing or objects that disappeared and never showed up, we realized one of the children was stealing from the others. Barbara and I began praying that we would catch the one doing it. Not long after praying, we found hard evidence of the thief and took appropriate action.

Our prayers were answered in different ways over the years. On one occasion, we knew one of our children had stolen a brother’s 1942D penny.  We knew who did it, and so we began to pray out loud over the child as we put the child to bed at night. “God, you know this child has done this. I pray that you’ll help us catch him.” The conviction of God’s spirit came on that child and soon the “prodigal” penny was found.

10. Ignore most of it. This is a challenge because conflicts between children can be so disappointing. Practice ignoring non-life threatening conflict for a week.

Our two boys used to wrestle to the point that the light in the kitchen (which is right below their room) would bounce. We were afraid that those two guys would grow up to be enemies. Instead they are incredible friends. So my encouragement to you is to realize that your children will outgrow it.

How have you dealt with sibling rivalry in your family? Remember the words of Galatians 6:9, “Let us not lose heart in doing good, for in due time we will reap if we do not grow weary.”

Written by Dennis and Barbara Rainey