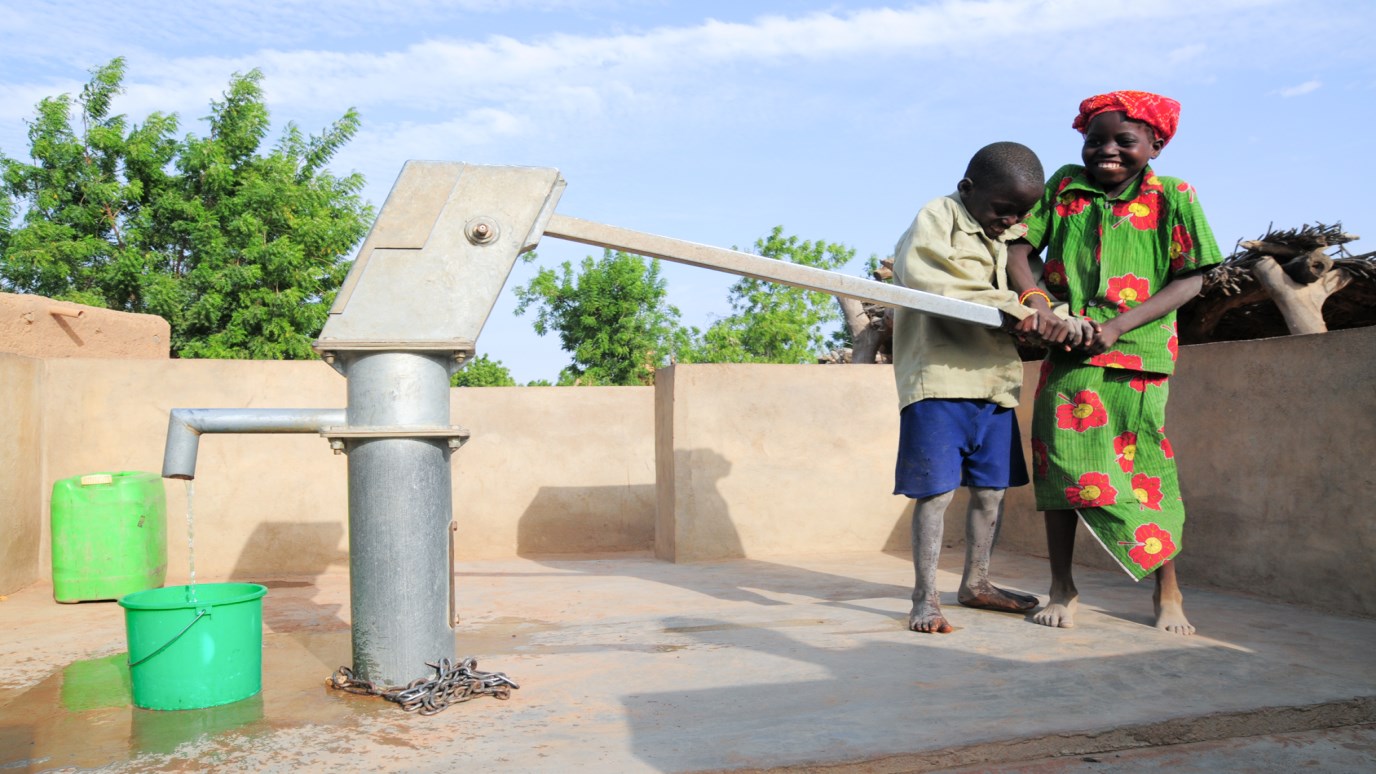 World Vision’s one thousandth well in Mali is the answer to prayer for a thirsty village.

Villagers gathered around the drill rig January 24 under the scorching Mali sun as workers drove the shaft deeper into the arid ground. Young and old, they stood, nervously waiting, praying for water to bubble up from the depths.

Other well-drilling attempts through the years had come up dry. The 650 people of the rural village of Yaran in south-central Mali had spent a lifetime gathering water from a contaminated source, regularly risking illness.

They desperately needed it to work. At 4:08 p.m., cool, clean water gushed from the new borehole on the outskirts of the village. The people erupted with joyful clapping and shouting.

The drill rig team celebrated with them, also reveling in a milestone achievement: World Vision’s 1,000th successful borehole drilled in Mali since 2003. Only 53 percent of rural Malians drink water from a clean source, according to the U.N. Children’s Fund. This joyous occasion in Yaran was part of World Vision’s nationwide push to provide as many as 120,000 Malians per year with access to clean water and improved sanitation and hygiene (WASH).

“It was a special moment for the team,” says Moumouni. “As we were assisting this particular community, we couldn’t stop thinking that for the thousandth time we have come to alleviate the suffering of needy communities.”

Once World Vision taps a productive well, they teach the community how to operate, fix, and regulate it. Ultimately, wells can become an economic engine. Water-use fees generate communal income and residents often cultivate enough crops to feed their families and sell surplus for profit.

Get Your Goat
World Vision