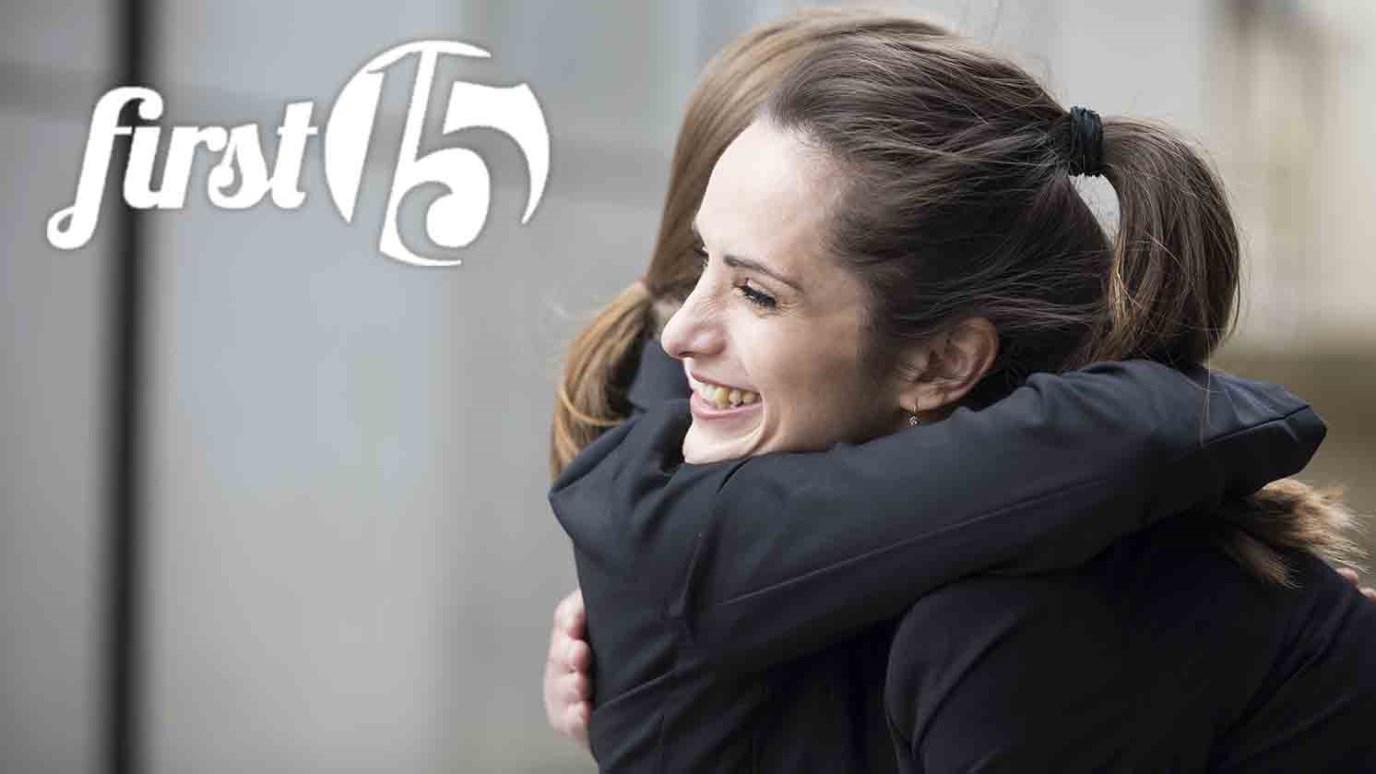 Jesus modeled forgiveness perfectly in laying down His own life for us. In order for us to forgive others, we must be like Jesus and die to our own rights.

We’re promised forgiveness from our Father because His forgiveness is offered in complete grace. Ephesians 1:7 says, “In [Jesus] we have redemption through his blood, the forgiveness of our trespasses, according to the riches of his grace.” We have done nothing to deserve the forgiveness God so freely lavishes upon us. God offers us forgiveness because He is love; it is His very nature. And as Jesus demonstrated through His death, love forgives.

Sin stood between us and God like a great chasm separating a wanderer from an oasis; and so great was the Father’s love for us that He sent His only Son that we might be justly forgiven. Jesus fully bore the weight of our sin. In doing so, He received the wrath of God on our behalf that we might be afforded restored relationship with our heavenly Father. He set aside what was fair for Himself and chose to give grace. “For our sake he made him to be sin who knew no sin, so that in him we might become the righteousness of God” (2 Corinthians 5:21).

Christianity is the only religion where salvation is based on grace instead of works. God, in His love, has laid before us a path founded on mercy, and He calls us to do the same for others. As the children of God, brought into His family solely by His grace, we must forgive as God has forgiven us. Colossians 3:13 says, “[Bear] with one another and, if one has a complaint against another, [forgive] each other; as the Lord has forgiven you, so you also must forgive.” Jesus modeled forgiveness perfectly in laying down His own life for you and me. In order for us to forgive others, we must be like Jesus and die to our own rights for the sake of the person who has wronged us. Forgiveness requires humility. It is a decision to offer unmerited grace because “as the Lord has forgiven you, so you also must forgive.”

Think about your own life for a moment. Who in your life do you feel has wronged you? It could be a small wound. It could be a life-altering sin committed against you. Maybe a parent left you. Maybe you were abused. Maybe you lost a job opportunity that should have been yours. Maybe it was a word someone spoke against you that hurt you. Whatever sin was committed against you, large or small, call it back to mind. Feel the injustice over it.

Now reflect for a minute on the sin of the world committed against God. The story of humanity is a fall from perfection because of pride. In every age thus far, man has chosen his own way over God’s and has thereby perpetuated the cycle of sin and destruction we live in today. God placed His judgement over the sins of all humanity, past and present, on the Person of Jesus because He couldn’t take being separated from you and me. We have all been wronged, but no one more than God. Every day humanity turns away from God.

God weeps over what’s been done to you. He knows your pain because people wrong Him every minute of every day. But still He chooses to forgive because there is no love without forgiveness. There is no abundant life apart from restoration of relationship. There is no joy for God or us when we harden our hearts and live for what is fair rather than what is good.

We aren’t called to forgive because someone deserves it. We forgive because love requires it. We forgive because abundant life requires it. Choose love today over your own sense of fairness. Choose to be like your heavenly Father and forgive those who have wronged you. Choose to be a doer of Colossians 3:13 and “[forgive] each other; as the Lord has forgiven you, so you also must forgive.” You weren’t made to live with the weight of unforgiveness, so don’t bear it any longer. The Spirit will help you. He will give you the strength and courage to do what seems impossible. Spend some time in God’s presence today and forgive as He guides and directs you.

1. Meditate on God’s heart to forgive. Allow God’s forgiveness to be the foundation for your own.

“As far as the east is from the west, so far does he remove our transgressions from us.” Psalm 103:12

“Gracious is the Lord, and righteous; our God is merciful. The Lord preserves the simple; when I was brought low, he saved me. Return, O my soul, to your rest; for the Lord has dealt bountifully with you.” Psalm 116:5-7

2. Ask the Spirit who you need to forgive. Whether the wound was small or big, to whom do you need to offer grace today?

3. Forgive that person. Forgive them in your heart right now. If you can, set up a meeting with them to talk through what happened. The awkwardness or pain of the conversation will never outweigh the lasting peace you will experience from offering grace and forgiveness.

“[Bear] with one another and, if one has a complaint against another, [forgive] each other; as the Lord has forgiven you, so you also must forgive.” Colossians 3:13

Forgiveness is a process. But it is a process worth going through. Assess your heart immediately after you’ve been wronged. Go through the process of forgiveness instead of allowing the wound to be reopened time and time again. The French proverb says, “Write injuries in sand, kindnesses in marble.” It’s OK to be hurt. It’s only harmful if you write your wounds in marble and let them linger longer than they should. God has designed you in His image and has given you His Spirit. You have the strength to forgive. So choose love today and every day. Allow the Spirit to work in your heart, healing the wounds people and life have caused you through the wonderful gift of forgiveness.